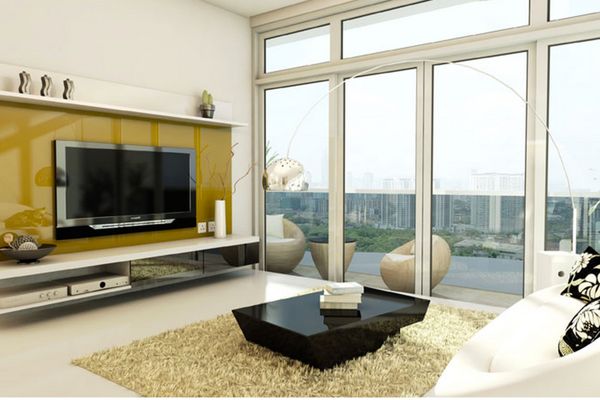 The Z Residence is one of the first few new high-rise condominiums to emerge at the popular residential enclave of Bukit Jalil. Developed by Darul Dinasti Sdn Bhd, a wholly-owned subsidiary by Trinity Group, it consists of five layouts, which are deemed spacious for young professionals or small families by today’s standards. All the units are served by four floors of basement car park. A point of attraction of The Z Residence is the allocation of 50% of the development to greenery. Designed by award-winning landscape architect Praxcis Design Sdn Bhd, the landscape of The Z Residence is surrounded by lush trees and verdant features. It also comes with all the facilities befitting the concept of luxury living. Location
The Z Residence is well-connected to major highways including the Shah Alam Expressway, Bukit Jalil Expressway, Damansara-Puchong Expressway, KL-Seremban Expressway, KL-Putrajaya Expressway, and main routes such as Old Klang Road. The developer has also invested RM3 million to build a link to connect The Z Residence to the Bukit Jalil Highway, which helps to improve connectivity for its residents and the surrounding community. The Z Residence is flanked by two LRT stations, Awan Besar and Muhibbah, which were completed in 2016 and are located just a short walk from the development. It neighbours older, well-established residential developments such as Bukit OUG Condominium as well as OG Heights and Fortuna Court in Taman Yarl. Its proximity to matured neighbourhoods such as Taman Yarl, Taman OUG and Sri Petaling as well as higher learning institutions, shopping complexes, and the Bukit Jalil Golf & Country Resort makes it a convenient spot to call home. Also nearby are the Bukit Jalil Recreational Park and Bukit Komanwel Recreational Park. Analysis
The concept of blending city living with nature is hardly new, but The Z Residence carves a niche on its own by dedicating half of the development site to greenery, a move that was considered unprecedented at the time of the project launch. This has proven to be a good move, considering that the development is tipping slightly to the high-density scale. Although a sense of privacy may be compromised, especially for units that face the opposite block, the design of green spaces has helped to balance out the views of the north-south orientation of the condominiums. Traffic flow in and out of The Z Residence had been interrupted during the construction of the new LRT project. However, accessibility has improved by leaps and bounds since its completion in 2016. With a wide variety of surrounding amenities nearby, The Z Residence makes for a good investment property with an average rental yield of 2.93%. With the impending competition of the nearly-completed The Rainz next door, it appears that The Z Residence have the upper hand of offering luxury living facilities with affordable prices.
Property Type
Condominium/Apartment
No of block
4
No of storey
26
Total Units
1136
Completion Year
2014
Beds
3 - 3 bedrooms
Built up
872 sqft - 1410 sqft
Tenure
Freehold
Land Area
6.7 Acre
Transacted Price
RM 195,000 - RM 898,560
Asking Price (Sale)
RM 530,000 - RM 750,000
Asking Price (Rent)
RM 1,600 - RM 2,800
Developer name
Darul Dinasti Sdn Bhd (a subsidiary of Trinity Group)