Ahmad Maslan fails again in bid to strike out charges KUALA LUMPUR (Aug 14): The High Court here today dismissed an application by Datuk Seri Ahmad Maslan (pictured) for a revision of a lower court’s decision in dismissing his application for the court to drop the charges of money laundering and giving false statements made against him.

Judicial Commissioner Datuk Aslam Zainuddin dismissed the application finding that there was no mistake by the Sessions Court in dismissing the Pontian Member of Parliament's (MP) application to quash the charges against him.

“Therefore, the court decided not to use its power to review the decision of the lower court (the Session Court)," he added.

On the charge of money laundering, Ahmad, 54, is alleged to have violated Section 113(1)(a) of the Income Tax Act 1967 by not stating his real income in relation to the RM2 million he received from former prime minister Datuk Seri Najib Razak in the Income Tax Return Form for Assessment Year 2013.

The charge, framed under Section 4(1)(a) of the Anti-Money Laundering, Anti-Terrorism Financing and Proceeds of Unlawful Activities Act 2001, provides for a maximum fine of RM5 million, imprisonment of up to five years or both if found guilty.

The other charge was for giving false statements to the Malaysian Anti-Corruption Commission (MACC) when questioned by MACC investigating officer Principal Senior Assistant Superintendent Mohd Zairi Zainal over the issue at the media conference room, Parliament Building, Jalan Parlimen here between 2.45pm and 3.30pm on July 4, 2019.

The charge, framed under Section 32(8)(c) of the Anti-Money Laundering, Anti-Terrorism Financing and Proceeds of Unlawful Activities Act 2001, provides for a maximum fine of RM3 million, imprisonment of up to five years or both if found guilty.

Earlier, lawyer Hamidi Mohd Noh, representing Ahmad, said the grounds given by the Sessions Court that his client's application was premature was not apt.

“This is because the application can be entered at any stage as the case has been submitted. Anyone can make such an application if it is baseless.

“The purpose of our review application is to get My Lord’s permission if the Sessions Court has erred.

“In this case, no notice or instruction was issued to my client over his delay in making payment and so on,” he added.

Deputy Public Prosecutor (DPP) Mohd Mukhzany Fariz Mohd Mokhtar said the prosecution objected to the review application as “it is baseless and an abuse of the court process”.

On July 24, the Sessions Court dismissed Ahmad’s application to drop the charges against him on the grounds that it was premature. 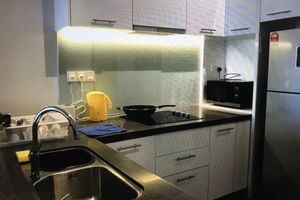 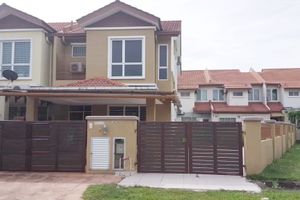