Motorcycle lane in Putrajaya to be converted into bikeway PUTRAJAYA (Oct 29): The Federal Territories Ministry plans to convert the motorcycle lane in Putrajaya into a bikeway in line with a proposal to make the administrative region a cycling-friendly city.

Federal Territories Minister Tan Sri Annuar Musa said towards that end, the Putrajaya Corp (PPj) would take steps to convert the motorcycle lanes, which has been gazetted, into cycling lanes.

“We have an area that was previously built to separate the lane for motorcycles from other vehicles, but there are not many motorcyclists in Putrajaya, which is why we want to renovate the route to be used as a bikeway,” he told the media after handing over contributions to the Putrajaya Community under the Wilayah Cakna 3.0 here today.

He said the cycling lane would have an outer loop, stretching  34 km, and an inner loop of about 15km which is expected to be completed within the next one or two months.

He said various other facilities would also be built, including cafe, workshop, bicycle spare-parts and accessories shop, as well as a car park.

Looking for properties to buy or rent? With >150,000 exclusive listings, including undervalued properties, from vetted Pro Agents, you can now easily find the right property on Malaysia's leading property portal EdgeProp! You can also get free past transacted data and use our proprietary Edge Reference Price tool, to make an informed purchase.
Federal Territories Motorcycle lane Bikeway Putrajaya
SHARE
Facebook Twitter 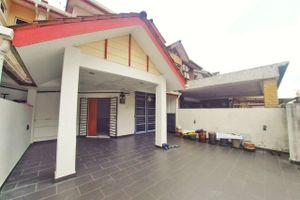