KUALA LUMPUR (April 10): Prime Minister Tan Sri Muhyiddin Yassin (pictured) extends his deepest condolences to Her Majesty Queen Elizabeth II, members of the royal family and to the British people over the passing of Prince Philip, the Duke of Edinburgh.

He said among the many contributions of His Royal Highness’ storied life was his founding of the Duke of Edinburgh International Award, which has positively impacted millions of young people around the world.

“The Duke of Edinburgh International Award, or the Anugerah Perdana Remaja Rakan Muda, was introduced in Malaysia in 2000 and has recognised thousands of Malaysian youths for their achievements in community, sports and adventure activities,” he said in a Facebook posting yesterday.

He added that Prince Philip visited Malaysia several times and was always a friend of Malaysia.

Muhyiddin said the United Kingdom, the Commonwealth and the world have lost a towering figure.

He said the Duke of Edinburgh will be sadly missed and his passing marked the end of a life spent in selfless service for the greater good.

Buckingham Palace announced that Prince Philip has died at the age of 99 in Windsor Castle.

Looking for properties to buy or rent? With >150,000 exclusive listings, including undervalued properties, from vetted Pro Agents, you can now easily find the right property on Malaysia's leading property portal EdgeProp! You can also get free past transacted data and use our proprietary Edge Reference Price tool, to make an informed purchase.
Muhyiddin Queen Elizabeth II Prince Philip
SHARE
Facebook Twitter 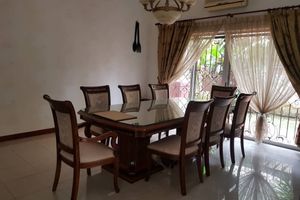