The company’s wholly-owned subsidiary Sunway Rahman Putra Sdn Bhd has sealed a sale and purchase agreement to acquire a 6.59-acre freehold plot in the Kuala Lumpur from Mutiara Rini Sdn Bhd, a wholly owned subsidiary of Boustead Properties Bhd, for a purchase consideration of RM233.4 million.

The land located within the commercial zoning in the city centre is situated directly across from Cochrane MRT station and just one station from Tun Razak Exchange.

In a media statement today, Sunway Bhd said the land is strategically located for a transit-oriented mixed development comprising serviced apartments with a retail podium and is located directly opposite the Cochrane MRT station and just a stone’s throw away from MyTOWN Shopping Centre.

The station is part of the Sungai Buloh-Kajang Line and brings commuters directly to the heart of Kuala Lumpur and other major suburbs like Cheras and Damansara.

Sunway Property managing director Sarena Cheah (pictured) said the land acquisition and future development will further strengthen Sunway’s presence in this vicinity where the company has already developed and invested substantially in the very successful Sunway Velocity and Sunway Velocity TWO, both of which are MSC Cybercentre status developments.

“We believe the future is even more exciting with the upcoming completion of TRX, which will bring in a substantial population of high income, professional workers. We can imagine them wanting to stay at our proposed development here which is just one station away from TRX, with all the amenities at its doorstep and at a much better value,” she added.

According to Cheah, the proposed mixed development will have a GDV of at least RM1.15 billion. The development will comprise serviced apartments that sit on top of a retail podium, which will benefit from road frontages on all four sides of the site.

Currently, Sunway’s total landbank stands at 3,339 acres with a potential GDV of RM52.1 billion over a total development period of more than 15 years, paving the way for resilient growth.

Looking for properties to buy or rent? With >150,000 exclusive listings, including undervalued properties, from vetted Pro Agents, you can now easily find the right property on Malaysia's leading property portal EdgeProp! You can also get free past transacted data and use our proprietary Edge Reference Price tool, to make an informed purchase.
Jalan Cochrane GDV Sunway Boustead Properties
SHARE
Facebook Twitter 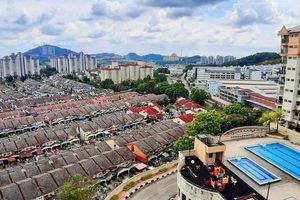 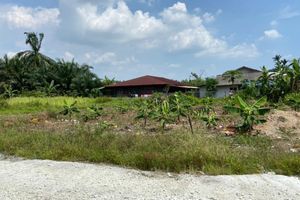 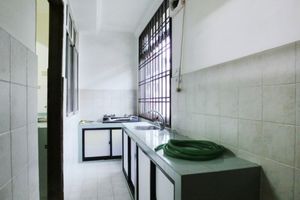