He said the low overnight policy rate (OPR) and supporting factors such as the stamp duty exemption and the removal of 70 per cent margin financing cap for third housing property have also been favourable to the campaign.

“This success follows a long list of healthy take-up rates of over 90 per cent for our products that we achieved since the start of the year.

“With the extension of the HOC that was recently announced by the government, we look forward to a similar response to our future launches that have been planned for the rest of the year,” he said in a statement today.

Based on the buying trend, Sime Darby Property foresees a growing demand for landed residential properties and will strive to meet clients’ needs with new and existing products.

Among the new launches of freehold residential properties that were popular among the housebuyers is the City of Elmina, Shah Alam, where 187 units of Elmina Green Four worth RM144 million and 32 units of Hevea Phase 2 worth RM67 million, were taken up.

The Senada Residences and East Residence Courtyard Villa at the KLGCC Resort also clocked in sales bookings of RM19 million and RM14 million, respectively, while 46 units of The Ridge at KL East worth RM32 million were also snapped up.

The southern corridor also proved to be popular among the housebuyers, with 18 units worth RM25 million in the Planters’ Haven, Negeri Sembilan were snapped up, while 19 units of the Harmoni Permai homes in Bandar Universiti Pagoh, Johor were also booked during the campaign period.

Sime Darby Property’s ‘Siap, Sedia, Raya’ campaign which ran from April 15 to May 31 offered housebuyers Hari Raya deals of up to RM10,000 on top of the current sales packages for selected properties in Bandar Bukit Raja, Ara Damansara, Subang Jaya City Centre, Putra Heights and KLGCC Resort, among others. 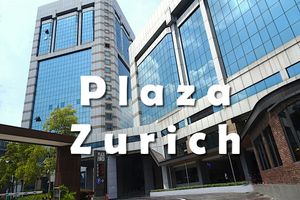