Judge Datuk Mohd Yazid Mustafa granted the hearing to be vacated after Ahmad Zahid’s counsel, Datuk Ahmad Zaidi Zainal, produced to the court a letter from a hospital stating his client’s condition and injuries.

“However, the hearing dates set on Sept 1 and 2 remain. It will also depend on Ahmad Zahid’s condition. We can't anticipate for now how long he will take to recover.

“However, this is a case of public interest and the trial should continue soon,” said the judge.

Earlier, Ahmad Zaidi told the court that his client was admitted to a private hospital after he fell down in his house on Sunday.

Ahmad Zahid also did not attend the hearing of his corruption case, involving Yayasan Akalbudi funds, and the court was informed that the Umno president had been hospitalised due to a back injury, following which High Court Judge Datuk Collin Lawrence Sequerah ruled that a subpoena would be issued to Dr Mohd Shahir Anuar at the Avisena Specialist Hospital in Shah Alam to explain the procedures to be carried out on Ahmad Zahid and the duration needed for the accused to fully recover.

Ahmad Zahid, 68, is facing 33 charges of receiving bribes amounting to S$13.56 million (about RM42 million) from Ultra Kirana Sdn Bhd as an inducement for himself in his capacity as a civil servant and the then home minister to extend the contract of the company as the operator of the One Stop Centre (OSC) in China and the VLN system as well as to maintain the agreement to supply VLN integrated system paraphernalia to the same company by the Home Ministry.

He allegedly committed the offences at Seri Satria, Precinct 16, Putrajaya and in Country Heights, Kajang between October 2014 and March 2018.

The charges framed under Section 16 (a)(B) of the Malaysian Anti-Corruption Commission (MACC) Act 2009, and which can be punished under Section 24(1) of the same Act, provides a maximum of 20 years in jail and a fine of not less than five times the value of the gratification or RM10,000, whichever is higher, upon conviction.

He was charged with committing the offences at a house in Country Heights between June 2015 and October 2017 under Section 165 of the Penal Code, which carries a maximum jail term of two years or a fine, or both, if found guilty.

Looking for properties to buy or rent? With >150,000 exclusive listings, including undervalued properties, from vetted Pro Agents, you can now easily find the right property on Malaysia's leading property portal EdgeProp! You can also get free past transacted data and use our proprietary Edge Reference Price tool, to make an informed purchase.
Ahmad Zahid Hamidi Foreign visa system Injuries Trial
SHARE
Facebook Twitter 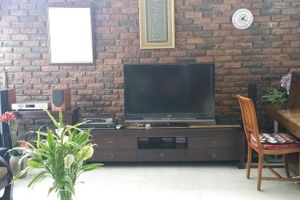 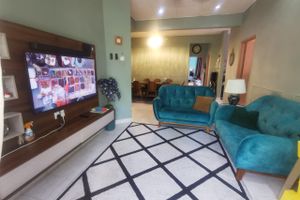