JAKARTA (Oct 16): Three people were killed and seven others suffered broken bones with another one still buried under rubbles of a building after a 4.8-magnitude quake damaged houses in Indonesia's resort island of Bali early Saturday.

The epicentre of the quake, which occurred at 3.18am local time with a depth of 10 km, was located 8 km northwest of Karangasem district, Xinhua news agency reported the Meteorology, Climatology and Geophysics Agency saying, adding that the tremors were felt until nearby Lombok Island.

The jolt triggered no tsunami, the agency said.

Head of Operational Unit of the Disaster Management Agency of Bali Province Gede Adhi Tiana Putra told Xinhua that two people were killed in Bangli district, one person was dead and one was being evacuated from the debris in Karangasem district.

Seven people, who have broken bones after being hit by the concrete of the houses, were being treated at a nearby health clinic, he said.

Several houses were destroyed by the tremor and most of the damages were in Bangli district.

Risk assessment of the impact of the quake was still undertaken by the disaster agency officials, Putra added.

According to him, the tremor also triggered landslides.

Looking for properties to buy or rent? With >150,000 exclusive listings, including undervalued properties, from vetted Pro Agents, you can now easily find the right property on Malaysia's leading property portal EdgeProp! You can also get free past transacted data and use our proprietary Edge Reference Price tool, to make an informed purchase.
The jolt triggered no tsunami
SHARE
Facebook Twitter 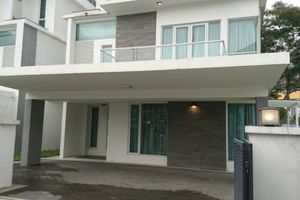