The overall ECRL project along the 665-kilometre (km) stretch was progressing well and was on track to be fully completed by December 2026, he said.

“Overall we do not face many problems. Alhamdulillah, many issues have been resolved with good cooperation from all parties, especially the state governments involved.

“For Kelantan, the ECRL alignment is 43.86km, the progress of infrastructure works has reached 21.58% and the land acquisition process for the main alignment has been fully completed,” he said.

He said this when met by reporters at the breaking of fast with media practitioners here on Tuesday (April 12) night.

Commenting further, Darwis said construction work for the 16.39km Genting Tunnel from Pahang to Selangor will begin next month.

“The Genting Tunnel excavation process involving 10km in Pahang and another 6km in Selangor is expected to take two and a half years with a productivity rate of approximately between 400 to 600 metres per month,” he said.

Darwis said the ECRL project, which will create a better, sophisticated and modern transportation system in the east coast states, is expected to start operating in January 2027.

“The target of passengers is 5.6 million a year, each journey involves six carriages capable of carrying 440 passengers.

“However, the ticket price has yet to be decided, it depends on the government,” he said.

Curious how much you can borrow? Use LoanCheck to get your maximum loan eligibility from various banks, or LoanReport to get a FREE CTOS/CCRIS credit report.
East Coast Rail Link (ECRL) Construction projects
SHARE
Facebook Twitter 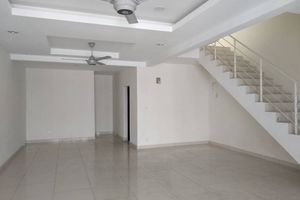