KUALA LUMPUR (Sept 30): Gamuda Land, the property arm of Gamuda Bhd, has plans to launch an average of five new overseas projects per annum from the financial year 2023 onwards.

Gamuda Land chief executive officer Ngan Chee Meng said in its five-year plan, it would likely achieve 25 projects in total given the growing population and prospects in countries where it currently operates, including Australia, the UK, Vietnam and Singapore.

“This is part of our strategy to achieve RM8 billion annual sales in the next five years. We are expanding in these countries and places that we are familiar with and have good knowledge of.

“If ever we come across another country, it will be an opportunity,” he told reporters after the preview of the company’s first UK and second Australian property development, namely West Hampstead Central in London and The Canopy on Normanby in Melbourne.

Construction for the development began in October 2021 and is expected to complete in the third quarter of 2023.

The gross development value (GDV) for the project is £65 million (RM335 million).

The Canopy comprises 20 levels with 213 units of apartments. The project development is expected to start in June 2023 and conclude in March 2025.

Both of the projects would be officially launched in their respective countries this weekend, including in Vietnam and Singapore, based on positive enquiries and feedback they received.

Meanwhile, for prospects in Malaysia, Ngan said that property trends are leaning more towards environmental and sustainable living conditions as people have become more discerning.

“People are worried about floods, and most of our projects have parks and lakes reserved as a sponge that retains water.

“There is also a lot of expectation from townships, where people want to have security guards, gated neighbourhoods, shopping centres and other amenities nearby,” he said, adding that it would continue to give more added value to the natural space.

In the upcoming Budget 2023, Ngan said it is hoped that the government would continue to help first-time house buyers by considering mortgage interest tax relief for the low-income group based on a pre-set qualification criterion set by the government.

“This would encourage us, as a nation, in attaining our net zero goal by 2050, as the construction and real estate sector in Malaysia accounts for 40% of carbon emissions,” he added. 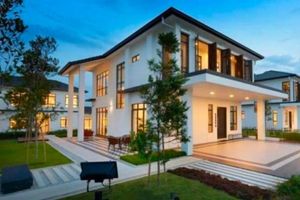 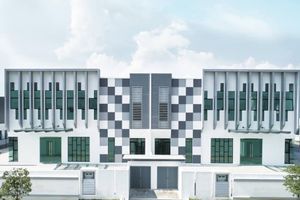