Its director-general, Wan Abdul Latiff Wan Jaffar, said the recent allegation titled, “Penang South Islands Being Cursed?”, made by an individual via a video on TikTok, was inaccurate and confusing the public.

“The fact is, the EIA report for the PSR had indeed received approval in 2019. Meanwhile, the new EIA report is being assessed by the DOE and other technical agencies.

“Subsequently, following protests from the Penang Fishermen’s Association, the case was brought before the Appeals Board under Section 35 of the Environmental Quality Act 1974.

Wan Abdul Latiff said the Appeals Board then set aside the EIA report approval as it was contradictory to Section 34A(4) under the Act with regard to development zoning that had not been approved by the relevant Penang authorities at that time.

"The new EIA report was submitted to the DOE and it is still at the assessment stage and the copies distributed to the other technical agencies for the same purpose,” he added.

The PSR, covering an area of 17 sq km is a development project that involves three man-made islands of 1,700 ha in the waters of Permatang Damar Laut, near Bayan Lepas.

It consists of several infrastructural projects worth about RM46 billion under the Penang Transport Master Plan. 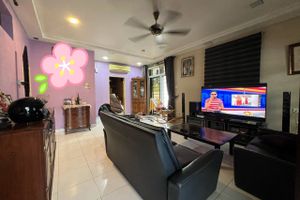 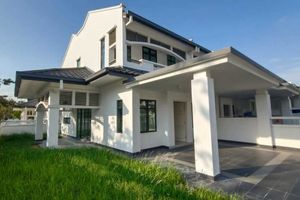