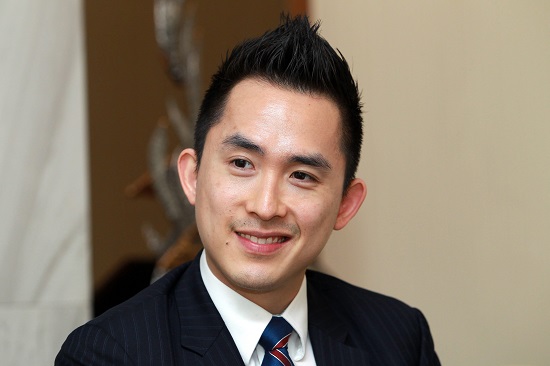 AFTER spending the most of the last seven years jetting back and forth between Vancouver, Canada, and Kuala Lumpur, the 36-year-old new CEO of TA Global Bhd, Tiah Joo Kim (pictured) — the third child and eldest son of chairman Datuk Tony Tiah and his wife Datin Tan Kuay Fong — says he is now back in town to “crack the whip” and get the group’s property projects moving.

The group has lined up RM3.1 billion worth of projects for launch in the next 14 months — the current property slump notwithstanding — starting with Ativo Suites, a residential development on a 2.83-acre site adjacent to Ativo Plaza in Damansara Avenue, in the third quarter of this year.

Comprising two towers featuring 668 serviced apartments with an estimated gross development value (GDV) of RM450 million, Ativo Suites will be part of TA Global’s Damansara Avenue township in Petaling Jaya, which has GDV of about RM3.8 billion. The township is expected to be fully developed in 10 years.

Next up is its 4.55-acre Dutamas project in Kuala Lumpur, comprising two freehold condominium blocks with 364 units (GDV: RM482 million), which will be launched in 4Q2016.

The whopper, however, is the 2.47-acre project (GDV: RM1.376 billion) fronting the iconic Petronas Twin Towers. TA Global intends to build two 50-storey buildings to house a five-star hotel and branded serviced residences. There will also be a four-storey podium block, which will feature retail and food and beverage outlets as well as lifestyle facilities. The project is expected to be launched in June next year.

“We already have a party signed up [for the hotel], just that we can’t reveal its identity yet,” says Joo Kim.

In Australia, the group plans to launch the remaining phases of its maiden project there — the 13.6ha Little Bay Cove residential development in Sydney — which have a GDV of RM900 million.

“I know I came back at a time when the market is not great. But we can’t just sit around. We are a developer, we have to churn out products. There’s an oversupply, but [there are] pockets of areas [that] are healthier than others,” says Joo Kim, who holds 150,000 shares in the group.

He insists many of the group’s projects are in “great locations”, with not many direct competitors. “If you have a good product and there is perceived value in what you’re giving, people will still buy,” he says.

The RM3.1 billion worth of projects, he adds, will be recognised by the group from 2017 onwards and provide earnings visibility for the next five years.

The hotel segment contributed 77.9% to the group’s turnover last year. Property development made up 7.9%, with the rest coming from investment holding, credit and lending, property investment and others.

Understandably, the group is not looking to borrow or raise more funds now. “We can manage with our existing projects because they don’t launch all at the same time,” says Joo Kim.

The residential units will be completed and handed over to the purchasers by the end of next month. The hotel is expected to open its doors around the same time.

“We achieved the highest average price per sqf ft in Canada with the project, at C$1,610. I left for Canada for the project in 2009, when I just turned 30. It was my first major property project, my opening party, I would say. I’m proud of what we have achieved there,” says Joo Kim.

Counting his blessings, he says growing up and taking a bigger role in the group has happened faster than he anticipated. “My father always says, ‘If you’re not good enough, Joo Kim, it’s best that you don’t run anything, just be a shareholder.’ So I’m glad everything has worked out well.”

TA Global has been talking about spinning off its hotel operations into a real estate investment trust (REIT) since 2011, but Joo Kim says that plan has been shelved for now.

“I don’t think we’re ready to go for a REIT yet. We need to first do a better job of managing our assets. Not all our hotels are doing really well yet. We have to make sure we have a solid portfolio — it’s not up to my expectation yet — before we go for a REIT and take people’s money to expand further.”

Interested in property investments in Damansara Avenue after reading this article? Click here to check out the properties there.

This article first appeared in The Edge Malaysia on May 9, 2016. Subscribe here for your personal copy. 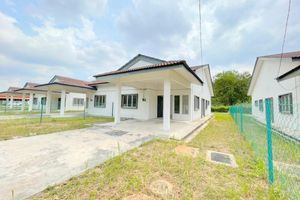