Maintain buy with a lower target price (TP) of RM1.64: Malaysian Resources Corp Bhd (MRCB) has proposed to undertake a private placement of between 357.3 million (minimum) and 493.6 million (maximum) new shares (20% of share capital) at an indicative issue price of RM1.24.

Major shareholder Gapurna Sdn Bhd (16.7% stake) has committed to undertake 120 million new placement shares with the balance to be placed to institutional investors. The placement exercise is targeted to be completed by the second quarter of 2016.

Contrary to previous guidance, this placement exercise comes as a surprise. During its investor briefing last week, the management mentioned that a cash call would be the last option. Instead, it guided that its land banking requirements will be fulfilled via an injection of investment properties into MRCB-Quill REIT (real estate investment trust) and setting up a property development fund.

Based on our estimates, the private placement would reduce MRCB’s net gearing from the current 112% to 68% to 78% on a pro forma basis.

While the placement would dilute earnings per share by 20%, it would enhance MRCB’s balance sheet with the much-needed reduction in net gearing. If we were to strip out the sukuk (which is ring-fenced to the eastern dispersal link), MRCB’s pro forma net gearing would be even lower at 32% to 40%.

Execution (particularly on its construction jobs) is a key risk to keep an eye on. There is no change to estimates for now. Potential impact on net gearing is as previously explained.

While still in its early days, we reckon that MRCB’s new management is on the right path (albeit at a slow pace) to turn the company around. We expect more positive news flow in the coming months.

Our sum-of-parts-based TP is reduced slightly from RM1.70 to RM1.64 as we impute the dilutive impact from the private placement, which is partially offset by the cash infusion that it would generate.

Looking for properties to buy or rent? With >150,000 exclusive listings, including undervalued properties, from vetted Pro Agents, you can now easily find the right property on Malaysia's leading property portal EdgeProp! You can also get free past transacted data and use our proprietary Edge Reference Price tool, to make an informed purchase.
MRCB Gapurna MRCB-Quill REIT Sukuk
SHARE
Facebook Twitter 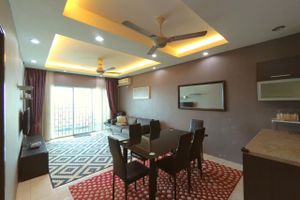 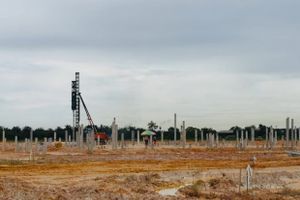