The other Penang poised to soar 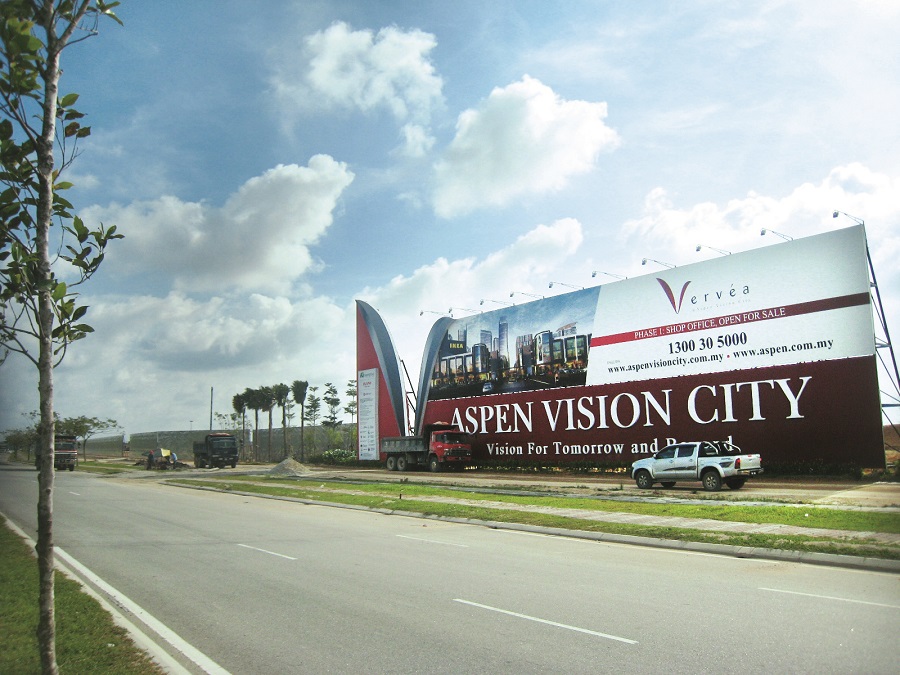 LAND scarcity and sky-rocketing property prices on Penang island have driven developers and investors towards the mainland in recent years. Although the mainland property scene continues to play second fiddle to the island’s, growth in the Seberang Perai area is now accelerating and poised to soar higher.

Seberang Perai, formerly known as Province Wellesley, is a narrow hinterland located opposite Penang Island separated by the Penang Straits. With its proximity to the island and ample land resource, the mainland is becoming an attractive investment destination.

The island has seen rapid growth as a port city and tourism destination while only a few towns on the mainland, such as Butterworth, Simpang Ampat and Seberang Jaya, are hubs of business activity. Butterworth is the principal town of Seberang Perai, and the transit point for public transport connecting the mainland to the island, and to other cities on the peninsula.

“For instance, Butterworth, where I was born and brought up, has seen residential development move from landed homes to high-rises. There are also increasingly more gated developments in Butterworth, something we hardly saw a few years ago,” he says.

According to data available as at 2012 from the Department of Statistics, the island had a population of around 738,500 people and the mainland, 872,600. 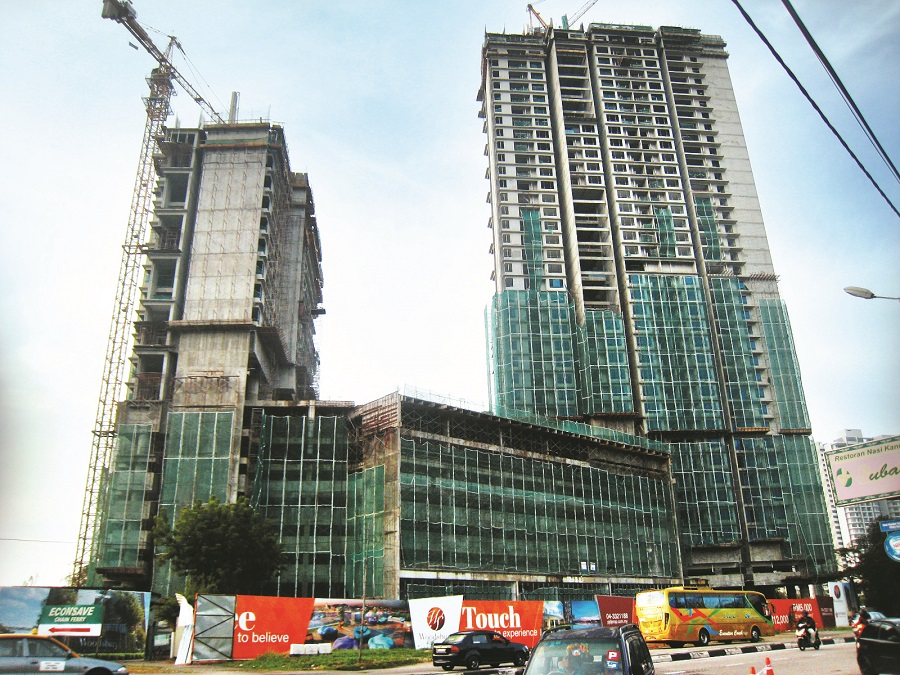 “We do see some developers from the Klang Valley, Penang island and Ipoh moving to the mainland, looking for development land of good potential in Jalan Baru, Bukit Mertajam, Batu Kawan and Simpang Ampat, including lands suitable for affordable housing development,” Fook says.

Loo of PA International concurs. He says most developers in Seberang Perai were local companies such as Tambun Indah Land Bhd, DNP Land Sdn Bhd, IJM Land Bhd and Asas Dunia Bhd, until around the year 2000. More recently, more developers from other states have moved in. 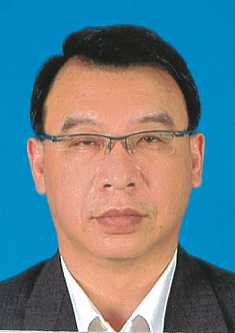 “Over the past five years, property prices in places such as Butterworth, Batu Kawan and Simpang Ampat have seen at least 50% capital appreciation. Even though the implementation of the Goods and Service Tax (GST) has impacted market sentiment, property prices continue to grow, but at a slower pace,” he remarks.

With numerous public transport and infrastructure projects planned such as a light rail transit (LRT) line linking George Town and Butterworth, a monorail line from Raja Uda to Alma, a Bus Rapid Transit (BRT) line from Permatang Tinggi to Batu Kawan, and the Penang Undersea Tunnel, the mainland property market will become an increasingly viable alternative to more expensive properties on the island. In the past five years, Loo says the selling price for high-rise residential developments on the mainland have ranged between RM300 psf and RM400 psf, with some projects selling above RM400 psf.

For instance, Woodsbury Suites by PJD Property is selling at RM550 psf. It offers 420 serviced suites of between 550 sq ft and 1,250 sq ft in built-up area.

A 1,089 sq ft unit in Signature Condominium by Excel Focus Properties Sdn Bhd was listed on TheEdgeProperty.com last November for RM498,000, or around RM457 psf.

An analysis of transactions by TheEdgeProperty.com shows the average transacted price of non-landed residential property in Seberang Perai hit a new high of RM192 psf in 1Q2015, an outstanding 23.4% y-o-y increase from RM155 psf previously. This followed an already robust 9.7% y-o-y growth in the preceding year.

C H Williams Talhar & Wong director Tony Lee Eng Kow concurs there is rising interest from property buyers as property prices in Seberang Perai are relatively more affordable than on the island, where landed homes, for instance, are mostly beyond the mass market.

Although buyer interest from the island is increasing, Lee notes that the strata high-rise residential market in Seberang Perai is still in the early growth stage. Besides, most buyers from the island prefer landed homes and shop offices for investment. The areas popular with property investors are Butterworth and Bukit Mertajam.

“There are people who move to the mainland from the island for its affordability but the majority [property buyers] will only do so if there is an improvement in the transportation Infrastructure,” he adds. He notes that the opening of the Penang Second Bridge has stimulated economic activity in Juru and Tambun as they are easily reached by Penangites staying on the southern part of the island.

In terms of capital appreciation, Saw sees potential in Batu Kawan because of a number of developments there.

“Batu Kawan is a greenfield site so we should see strong capital appreciation of properties there over the next five years once the planned developments are completed,” he says.

In Batu Kawan, Eco World will develop the RM10 billion Eco Marina township on 300 acres of land. Mainland residents are also looking forward to the RM8.4 billion Aspen Vision City that will include an IKEA mall. There is also a RM1 billion mixed-use development that boasts a mall with premium boutiques. Meanwhile, Paramount Property plans to build a university metropolis, comprising commercial, residential and retail elements anchored by the new KDU campus. As new developments are completed, high-rise residential supply is expected to increase in the near future. PPC’s Saw anticipates rental yield growth to face pressure given the increased choice for tenants.

Saw says the popular high-rise residences for renters are located near established areas, such as the Chain Ferry area.

Fook of Henry Butcher says those renting houses in Seberang Perai are mainly middle and higher-income professionals, managers, factory engineers and businessmen with companies in the northern parts of the country.

“The main considerations of tenants are location, public amenities, building facilities and services,” he adds.

Fook expects mainland property prices and rental yields to remain flat in 2016 due to the weak overall economic conditions, the impact of GST and strict lending criteria, but expects the situation to improve after 2017.

“This year will be a buyer’s market. I would advise investors to look for good buys now, especially auction properties below market price,” says Fook. Despite the property market slowdown of the last two years, Saw believes there are positive signs. For one, developers are looking for opportunities to increase their land bank on the mainland.

“I believe more developers will consider areas with good opportunities, especially if they see good infrastructure projects such as rail links, bus routes and roads being planned.

“If there is improvement in holistic public transport in all areas, including in the north of Butterworth, we will see more opportunities [for development] in areas like Tasek Gelugor,” Saw adds.

Fook notes some other catalysts that could help boost other areas on the mainland, including the proposed Penang-Butterworth Undersea Tunnel that will link Gurney Drive on the island to Bagan Ajam in Butterworth.

“This project could help boost property demand in Butterworth and its surrounding areas of Sungai Puyu, Teluk Air Tawar and Bagan Lalang,” he explains.

Loo from PA International says the Penang Transport Master Plan will strongly catalyse mainland development. With better accessibility, people who work in Bayan Lepas will have the option of moving to the mainland and commute to work daily.

Butterworth seems like a nice place to buy a property. Tap here for more info.

Looking for properties to buy or rent? With >150,000 exclusive listings, including undervalued properties, from vetted Pro Agents, you can now easily find the right property on Malaysia's leading property portal EdgeProp! You can also get free past transacted data and use our proprietary Edge Reference Price tool, to make an informed purchase.
Penang Seberang Perai Butterworth Seberang Jaya Bukit Mertajam
SHARE
Facebook Twitter 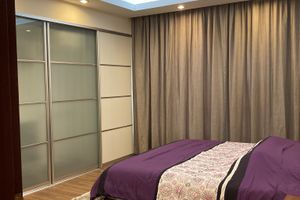