Thirty something and still in top condition

Thirty something and still in top condition
Shawn Ng April 07, 2017 | Updated 5 years ago With its strategic location on Jalan Ampang, every tower offers fine views of the central business district and city centre. What’s more, it has the iconic Petronas Twin Towers and Suria KLCC Shopping Centre as its neighbour right across the street.

The 32-year-old office building is the first property development undertaken by niche developer Selangor Dredging Bhd (SDB) in 1985. The developer currently owns the office complex and occupies a total of 20,738 sq ft space there.

Despite its age, Wisma Selangor Dredging is still in great shape today. And just like the 15-year-old Tanduk Rusa trees at its central courtyard, the building continues to “bloom” despite its age as an inviting destination for both business and leisure. At the inaugural TheEdgeProperty.com Malaysia’s Best Managed Property Awards 2017, the office building took Bronze in the non-strata commercial category.

The courtyard, which connects the four office towers, is a unique feature of Wisma Selangor Dredging. It is filled with greenery and houses cafes and eateries. There is even a fountain within, offering occupants as well as the public a spot to take a breather.

“Wisma Selangor Dredging is over 30 years old and many of its mechanical and electrical equipment (M&E) has aged. Many of the elements and parts have become obsolete and it is sometimes a challenge trying to get the replacement parts or equivalent,” says SDB head of business unit Peter Quah, who is responsible for the management of the building.

“However, we are proud that through proper maintenance over the years and gradual upgrading of these M&E equipment, the property has served the tenants well over the years,” he says.

Besides the M&E equipment, many of the cold water supply pipes have also aged over the years since its completion in 1985, but the property management has embarked on an exercise to replace these pipes, he explains.

Another challenge that the property management is facing is the current economic scenario which has impacted many sectors.

“In the past year or so, we have seen a reduction in the number of tenants in the building. However, SDB is working tirelessly to secure new tenants that would be well suited to the building,” he says, adding that nearly 25% of the current tenants have been with the building for more than 15 years.

Being the developer, property manager and one of the occupiers of Wisma Selangor Dredging, the company has put a lot of effort and attention into the building’s upkeep. This includes ensuring tenants’ satisfaction.

“We always remind ourselves that the work we do is geared towards achieving and raising customer/tenant satisfaction,” says Quah.

To support this, the property management has set up the Customer Relations Management (CRM) system in 2012, followed by the Customer Tracking System (CTS) last year to ensure all issues related to tenants’ feedback, requests, complaints, etc are closely monitored and resolved.

CRM is an internal recording and monitoring system of all complaints/feedback (concerns) from tenants. It also tracks action taken to ensure all cases are attended to and closed in a timely manner.

As for CTS, the system is able to track all the concerns lodged by the tenants and initiate immediate action. Meanwhile, Quah notes that the property management team has adopted a sustainable and cost-efficient method in running the building.

For the financial year ended March 31, 2016 (FY2016), the assessment, electricity charges, maintenance, staff cost and upkeep of the building have made up 75% of total expenses. Hence, to reduce the cost, the property manager is looking at putting in place more energy efficient measures, he offers.

“Various cost-saving measures were undertaken last year, namely the installation of energy saving light fittings at all lift lobbies and basement car parks, implementing a Building Automation System (BAS) to regulate the lift lobby lights, the amount of chilled water to the 45 AHUs (air handling units) on every floor and air-con chillers to regulate the operation of the water pumps,” he says.

The building was also installed with LED lights in 90% of its common areas recently and this resulted in energy savings of more than 10% on a monthly basis.

Quah points out that for a property manager, an important function would be to keep expenses within budget, hence there is a continuous effort to identify areas where it could cut cost without compromising on the quality of service and the wellbeing of the tenants.

As such, the team has embarked on a research to identify the latest trend or technology enhancements that can be adopted at Wisma Selangor Dredging. “For example, we are studying the possibility of installing solar panels at the roof level,” says Quah.

According to Quah, the property management team will strive to improve on all fronts; be it in customer service, maintenance, security, administration and other matters so that Wisma Selangor Dredging can remain competitive and maintain tenant loyalty.

Raising awareness on the value of a well-managed property SDB is the developer and owner of Wisma Selangor Dredging, the Bronze winner in the non-strata commercial category of the inaugural TheEdgeProperty.com Malaysia’s Best Managed Property Awards.

The award, Teh adds, is also an incentive for building managers as well as residents and tenants to appreciate the importance of a well-managed building. “A well-taken care of building with continuous upgrades, preserves the look and feel of the building and enhances the value of the property,” she says.

The developer recognises that in this day and age, sustainability is a critical factor in ensuring the long-term success of a building.

She adds that the building is designed for both business and recreation, and it is more than an icon of brick, steel and glass.

“As our first property, every element of Wisma Selangor Dredging is selected with the intent to set the precedence for all our projects,” she shares.

Moving forward, besides looking for ways to be more relevant, the company will constantly challenge itself and come up with developments that will benefit residents.

Teh notes that the company will also place greater emphasis on sustainability and in adopting green practices in its developments. 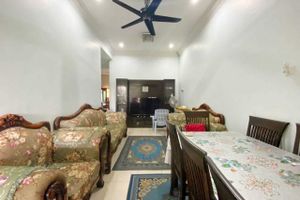 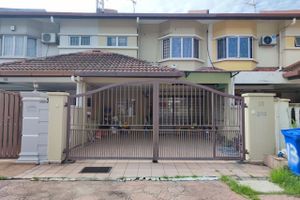 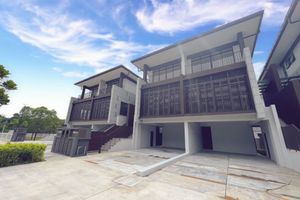 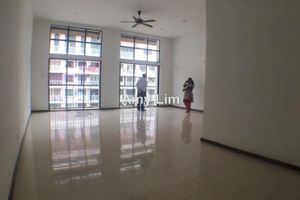 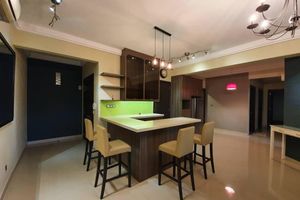 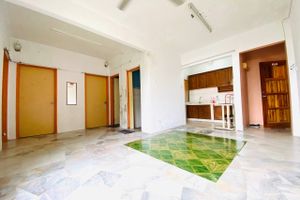