“House prices will never go down” is probably what we hear whenever we are told to invest in a residential property. And property developers have enforced that time and again, citing the rising cost of construction and strong demand from a growing population. “When the HPI records a decline, it means prices have registered a drop, so one can conclude that on the whole, prices have declined in 4Q2016 from the previous quarter, which is clearly a manifestation of the soft market condition,” he tells TheEdgeProperty.com.

He adds that the price dip could also be attributed to the lower net prices of some new property projects due to discounts via rebates, freebies and interest-free easy payment schemes offered by developers, although their official prices may not have dropped. 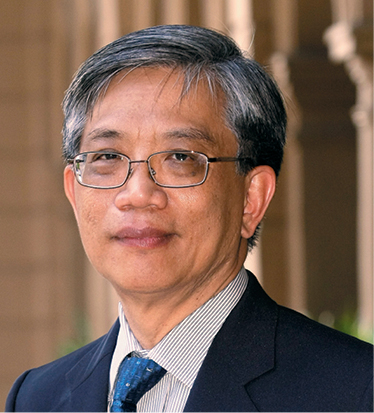 Looking ahead, Tang says it remains to be seen whether the drop in 4Q2016 is just a temporary blip or the start of a downtrend over the next few quarters. “My personal view is that the HPI will recover in 1Q2017 but will remain fairly flat through the year.”

“The increase in stamp duty for real estate transactions priced above RM1 million from 3% to 4% starting January 2018 and the impact of the goods and services tax (GST) as well as the China government’s curbs on capital outflows are expected to have an impact on the market,” he says.

See adds that there have been slightly more buying enquiries recently but for high-end properties, most people are still taking a “wait-and-see” stance as they believe the next general election will happen soon.

“Therefore, we believe that the high-end segment will remain soft until after the election, whereas affordable properties will continue to perform well,” he continues. Is the worst over?

“As the economy improves, income levels and visibility tend to be higher. Hence, we expect consumers to have higher confidence in buying property,” he says, adding that the rise in consumer confidence is expected to boost property sales and help sustain overall property prices going forward.

“There is some decline q-o-q but we think this should be temporary as the Malaysian economy has picked up. The outlook for property price growth is better in Greater KL (Selangor and KL) due to the urbanisation factor,” read the report.

The report also pointed out that the 1Q2017 consumer sentiment index (CSI), which improved to 76.6 points from 4Q2016’s 69.8 points and 1Q2016’s 72.9 points, suggests that the demand outlook for property among the potential buyers has improved and this should translate into better sales in 2017 as consumers are generally more optimistic and have indicated their cautiously ambitious spending plans.

Despite the drop in transaction value and volume of residential property, house prices in Johor continue to rise.

Metro Homes’ See opines that the increase in Johor house prices could be due to newly completed projects that were transacted at a higher price. However, Tang points out that the marginal rise in the HPI cannot be taken as an indication of a hot market for Johor, in view of the declines in both volume and value of residential transactions in the state last year.

Residential property market yet to bottom

Going forward, Tang says the residential market in all states will remain soft in 2017. He thinks the market has yet to bottom and the soft market conditions will persist for the rest of this year and possibly the first half of next year. He says the decline in the volume and value of residential property transactions only just started in 2013 and 2015, respectively.

“The outlook for the overall residential property market will remain soft in 2017 with continued declines in both volume as well as value of transactions, but prices are not expected to dip significantly,” Tang says.