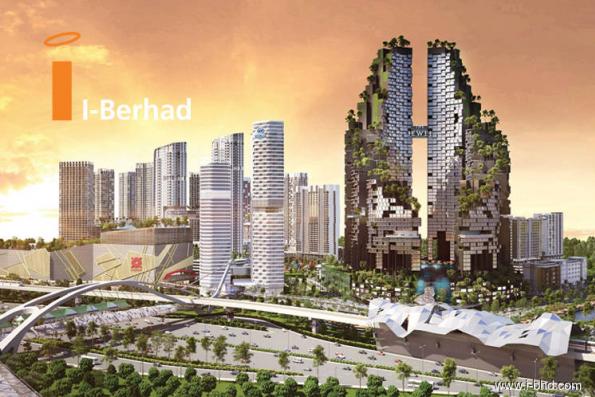 While longer-term earnings growth remains intact, underpinned by a remaining 60% of its gross development value yet to be realised, we are lowering our near-term FY18 to FY20 estimates by an average 25% to account for much slower sales in its 8 Kia Peng project and slight delays in new launches.

We still like I-Bhd’s value proposition and attractive location in benefitting from the urbanisation of the outer Klang Valley region (Klang and Shah Alam). Nonetheless, we retain our “outperform” call. TP of 91 sen remains unchanged, a 50% discount to fully diluted revalued net asset value (RNAV).

Property development will remain a mainstay of the group’s growth. Still contributing the bulk to overall numbers, divisional pre-tax profit of RM19 million for 3QFY18 is 16.1% higher as compared with the previous year due to MFRS15-related adjustments. Near-term challenges are reflected by q-o-q drops in both the revenue and pre-tax lines. A drop in unbilled sales from RM305 million in the immediate preceding quarter to RM161 million currently with no significant replenishments in sight is slightly worrisome, though we are cautiously optimistic over contributions from the 8 Kia Peng project in downtown Kuala Lumpur despite seeing some slowdowns in recent months.

Property investment pre-tax contributions, though seeing losses widen to RM2.1 million in 3QFY18, is poised to see a turnaround in fortunes in the coming financial year with the imminent opening of its 40%-owned one million sq ft mall, which will also bring its own 150,000 sq ft retail space into play.

The remaining months of the year will see the three-themed Liberty, Parisien and Hyde Towers with a total of 1,217 units handed over to purchasers. Opening of the RM850 million Central i-City mall has been delayed however, and now slated for early January. We understand that tenancy rates are already at about 85% with major anchors already secured. With no launches until nearer the middle of next year, immediate focus will still be on clearing its existing stock in i-City, which we gather is about RM100 million. — PublicInvest Research, Nov 8

This article first appeared in The Edge Financial Daily, on Nov 9, 2018.

Looking for properties to buy or rent? With >150,000 exclusive listings, including undervalued properties, from vetted Pro Agents, you can now easily find the right property on Malaysia's leading property portal EdgeProp! You can also get free past transacted data and use our proprietary Edge Reference Price tool, to make an informed purchase.
I-Bhd 8 Kia Peng I-City Hyde Towers
SHARE
Facebook Twitter