'Ku Nan sought up to RM6m for by-election, got RM2m' 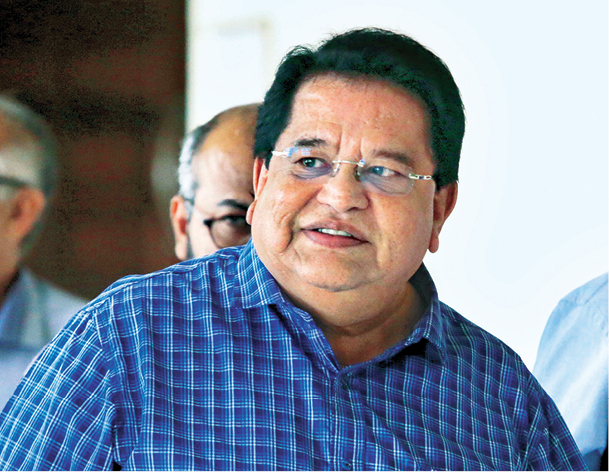 “Evidence will show the RM2 million is directly handed by Tan Sri Chai Kin Kong to the accused person at his office at KL City Hall,” Julia said in her opening statement at the High Court. She later confirmed outside the courtroom that the by-election she had referred to was one held in Kuala Kangsar, Perak on June 18, 2016.

Tengku Adnan, 68, was also Umno secretary-general and is currently Putrajaya member of parliament. He arrived in court yesterday sporting a blue-checked shirt, accompanied by his wife Datin Seri Anggraini Sentiyaki, 53, and supporters.

His former driver, Nik Yahaya Nik Mustapha, was among four witnesses testifying on the first day of the trial. The 54-year-old said he was ordered by Tengku Adnan to bank a RM2 million cheque issued by Chai, director of Aset Kayamas Sdn Bhd, into Tadmansori Holdings Sdn Bhd’s account.

He said he received the Hong Leong Islamic Bank cheque from Tengku Adnan at the latter’s office on June 14, 2016, before depositing it at CIMB Bank’s Pusat Bandar Damansara branch.

Akmaludin, 36, said Tadmansori had an issued share capital of RM100 million, with most of the shares held by Tengku Adnan and a small amount totalling RM4 by Tengku Rethwan.

Khairolrony Kamarudin, 44, CIMB Bank’s Taman Setiawangsa branch assistant manager, told the court that Tadmansori had received the RM2 million cheque via its account. He confirmed that Tengku Adnan and Tengku Rethwan, on July 8, 1998, applied for a current account for Tadmansori.

When cross-examined by Tengku Adnan’s lawyer, Datuk Tan Hock Chuan, the witness also confirmed that three other transactions took place with RM2 million each deposited into the company’s account on June 6, 16 and 17, 2016.

Daman Huri Nor, 55, division secretary at the Parliament and Constitution Affairs Section in the Prime Minister’s Department, testified that Tengku Adnan was at the material time the federal territories minister, receiving a salary of RM14,907 and additional allowances of RM24,320 per month between 2013 and 2018.

Julia, in her opening statement, said the prosecution will prove Tengku Adnan was fully aware that Aset Kayamas held vested interests in the performance of his then ministerial duties.

She said evidence showed Chai, a director of Aset Kayamas, on Jan 27, 2015 sent a letter entitled Proposed Purchase of Land for the Construction of Affordable Homes for RM200,000 and Apartment that are independently priced on Lot 53427 and Lot 53653 on a 4.05 acre land in Bandar Tun Razak, Kuala Lumpur to Tengku Adnan.

The ex-minister then allegedly gave instructions to the ministry’s deputy director-general Datuk Zulkifli Ibrahim in a note stating: “Ybhg Dato Zul, please consider this proposal whether it could be implemented via a joint venture. Please discuss the matter with [the] company.”

Julia said the prosecution has proof that Aset Kayamas’ acquisition of the Bandar Tun Razak land was rejected by the Kuala Lumpur mayor via a letter dated April 3, 2015, but yet the company continued to deal with Tengku Adnan on matters related to the project’s proposal.

“The evidence will show the active role played by the accused person in the project like chairing the OSC (one-stop centre) special meeting on May 14, 2015 whereby in the meeting, it agreed to the plan to develop the said project that includes affordable housing, independent price housing, and DBKL (KL City Hall) hostel on a 0.5ha land.

Julia added that there is evidence that Tengku Adnan had agreed with the mayor on the eventual sale of the two parcels to Aset Kayamas on May 27, 2015. She also said Tengku Adnan allowed Aset Kayamas to appeal and delay the 10% downpayment for the land and halved its premium from 20% of the purchase price.

Evidence will show, she said, that Tengku Adnan knew that Aset Kayamas, owned by Chai, has continued interests with DBKL and him as the minister of federal territories.

The trial of this case has been set for July 2, 3, 4, 9, 10 and 11, 2019 before High Court Judge Mohamed Zaini Mazlan. The hearing before Justice Zaini Mazlan continues today, with at least four more witnesses expected to take the stand. Julia told reporters the prosecution will call a total of 24 witnesses to testify in this case.

This article first appeared in The Edge Financial Daily, on July 3, 2019.

Looking for properties to buy or rent? With >150,000 exclusive listings, including undervalued properties, from vetted Pro Agents, you can now easily find the right property on Malaysia's leading property portal EdgeProp! You can also get free past transacted data and use our proprietary Edge Reference Price tool, to make an informed purchase.
Datuk Seri Tengku Adnan Tengku Mansor
SHARE
Facebook Twitter