Paramount intends to redevelop the properties into a premium high-rise residential development consisting of about 650 units with an estimated gross development value (GDV) of RM863 million to be generated from the proposed development over a period of five years.

“The market prices for condominiums in the area are about 30% to 40% lower than those at the KLCC area. As such, Paramount’s proposed development would be an attractive address in the KL city and an alternative to properties at KLCC,” he added.

Chew said the development will have easy access to a catchment of expatriates in the area as well as the larger population of the Klang Valley which is expected to surpass 10 million by 2035.

“The acquisition is in line with our strategy of replenishing landbank at strategic locations with strong growth potential and to scale up our property development activities to generate long-term sustainable income.

“Demand for housing in the Klang Valley remains resilient due to population and economic growth. The value of residential property transactions in the Klang Valley was RM33.9 billion in 2019, accounting for nearly half the total of RM72.4 billion transacted in Malaysia that year,” Chew said.

Looking for properties to buy or rent? With >150,000 exclusive listings, including undervalued properties, from vetted Pro Agents, you can now easily find the right property on Malaysia's leading property portal EdgeProp! You can also get free past transacted data and use our proprietary Edge Reference Price tool, to make an informed purchase.
Paramount Jalan Ampang Hilir Wing Tai Holdings Seniharta
SHARE
Facebook Twitter 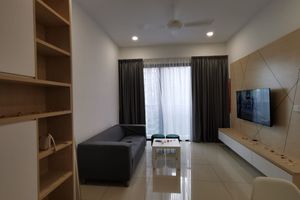