KUALA LUMPUR (Feb 18): The 1Malaysia Development Bhd (1MDB)-Tanore trial was abruptly adjourned today after the current witness, former chief executive officer (CEO) Mohd Hazem Abdul Rahman, informed the court that he was in contact with a patient found to be Covid-19 positive.

The trial, which had been ongoing this week, began this morning with Hazem taking the stand to continue the cross-examination.

Defence lawyer Wan Aizuddin Wan Mohammed examined the witness in the morning and called for a short break in the mid-morning as it was the standard practice to conduct sanitisation works in the courtroom.

When the court reconvened after the break, however, Deputy Public Prosecutor (DPP) Ahmad Akram Gharib informed Justice Collin Lawrence Sequerah that Hazem had been in close contact with a friend who was just found to be Covid-19 positive.

Akram told the court that Hazem and his friend were in close contact in the same room three days ago.

“We are seeking direction from your Lordship on the next course of action since we just received this information. It would be too late in the day to call another witness to testify,” Akram said.

Lead defence lawyer Tan Sri Muhammad Shafee Abdullah also addressed the court and advised that continuing the trial would be risky as many people would be involved.

“We should not take the risk as there are many people involved,” he said.

Justice Sequerah agreed with Shafee, saying that it would be too risky as they could not ascertain if Hazem was a carrier of the virus pending a test.

“So, it’s best to adjourn [the court] unless we can have a new witness. We only have today and then we won’t meet for a few months. It’s not prudent to take the risk. I’m constrained to adjourn,” he said.

The next trial dates after today are May 3 to 6.

Justice Sequerah also instructed Akram to inform the court and the defence once Hazem completes his Covid-19 test.

He asked: “As reluctant as I am, we have to adjourn. Would you be able to inform the staff and the court after his test?”

Former prime minister Datuk Seri Najib Razak is the only accused in the case.

He faces four counts of power abuse to enrich himself with RM2.3 billion from 1MDB and 21 counts of laundering the same amount. He faces up to 20 years' imprisonment if convicted.

Looking for properties to buy or rent? With >150,000 exclusive listings, including undervalued properties, from vetted Pro Agents, you can now easily find the right property on Malaysia's leading property portal EdgeProp! You can also get free past transacted data and use our proprietary Edge Reference Price tool, to make an informed purchase.
1MDB Trial Postponed COVID-19
SHARE
Facebook Twitter 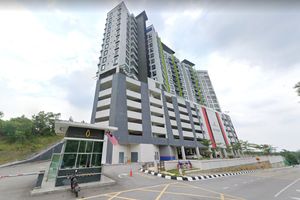 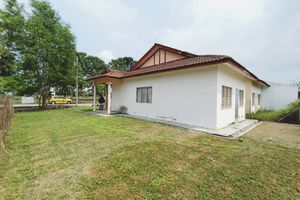