Designed to be among the great stations of the world The bilateral rail transportation is expected to be a game changer for Malaysia and Singapore as it will serve as the fastest option for travellers to cross the Straits of Johor and reach Bukit Chagar in Johor from Woodlands North station within five minutes.

While many are looking forward to the completion and operation of the RTS in 2026, there is also much anticipation over the design of the station as it will be the future landmark in the southern region.

Named The Integration of Two, Chin has infused the Islamic architecture elements, the Jalur Gemilang, the Johor Royal Crown and the Malay keris in his design. On top of this, the intertwined roof which has a design resembling two hands holding each other’s wrist signifies the close relationship between JB and Singapore.

The contemporary and futuristic design as well as the strong meaning behind the thoughts have impressed many, including the Johor Ruler, who handpicked this as the winning design.

The design competition was the brainchild of the Sultan of Johor, who was also the chairman of the jury panel and patron of the competition. “This design was picked by Duli Yang Maha Mulia Sultan Ibrahim Ibni Almarhum Sultan Iskandar, the Sultan of Johor, together with the competition’s jury panel because of the strong meaning behind it,” said MRT Corp CEO Datuk Mohd Zarif Hashim.

Zarif said the design manages to capture the relationship between JB and Singapore, and it will not only be an iconic landmark in JB but also be among the great railway stations of the world.

Slated to start operation in 2026, the 4km RTS rail shuttle service is expected to serve up to 10,000 commuters per hour each way and has the capacity to carry 150,000 passengers per day.

According to an earlier news report, the construction of the project will cost Malaysia about RM3.7 billion.

PAM president Datuk Ezumi Harzani Ismail told EdgeProp.my the new station in JB would play an important role as it would serve as the entrance for Malaysia-bound tourists from Singapore. A well-designed station will help to leave a memorable impression on the tourists that JB is a modern city.

The main idea is to keep the synergy between the two cities while also providing a design concept that’s of a new urbanscape direction that can inspire up-and-coming Malaysian designers and architects, he added.

“We hope the competition will encourage more collaborations with the government, government-linked corporations and private developers when seeking solutions for which our Malaysian architects will be able to make a significant contribution and difference,” said Ezumi.

Before construction can begin, the winning team will need to work with MRT Corp’s engineering team to come up with a micro-analysis of the project. “In terms of material usage, we are leaning towards newer lightweight materials that will require minimal maintenance,” added Ezumi.

He noted that although the design calls for extensive use of self-cleaning glass, heat may be a problem and could instead opt to allow for natural ventilation, which is one of the issues the engineering team will need to study before implementation can begin.

“This competition provides a wide range of design solutions and creates public interest in the role of architecture in the community. It also demonstrates the vital importance that architectural imagination plays in the transformation of buildings and cities,” Ezumi concluded.

Looking for properties to buy or rent? With >150,000 exclusive listings, including undervalued properties, from vetted Pro Agents, you can now easily find the right property on Malaysia's leading property portal EdgeProp! You can also get free past transacted data and use our proprietary Edge Reference Price tool, to make an informed purchase.
Rapid Transit System Singapore RTS Link
SHARE
Facebook Twitter 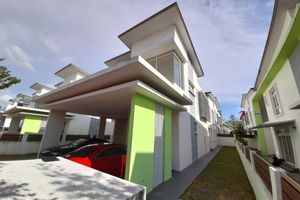 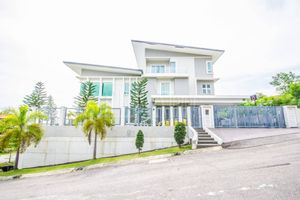