Ng was responding to theedgemarkets.com's request today for clarification on AEON BiG's press statement, which was issued earlier today.

According to AEON BiG today, the Penang High Court's declaration order obtained by AEON BiG on Nov 8, 2019 was subsequently upheld by the Court of Appeal on Dec 11, 2020.

AEON BiG said the Penang High Court's declaration order stated that the agreement to lease signed by AEON BiG and Mega Continental for the property located in Bandar Alor Setar was a monthly tenancy instead of a 10-year lease as the state authority did not grant its consent under Section 433B of the National Land Code within the required conditional precedent period under the agreement.

On a separate case, AEON BiG's statement said today that on Aug 6, 2020, the Alor Setar High Court set aside the judgement in default obtained by Mega Continental on June 9, 2020.

Under the judgement in default,  AEON BiG said Mega Continental is claiming from AEON BiG a judgement sum of RM142 million.

"The judgement in default obtained was based on the alleged unlawful termination of the agreement for the then, AEON BiG Alor Setar store.

"Subsequently, AEON BiG has filed an application to strike out the aforesaid suit. This case has been transferred to the Penang High Court on April 6, 2021 and the hearing of this case has yet to be fixed," AEON BiG said.

Despite the challenges, AEON BiG claimed today it remains steadfast to continue growing its presence and serving its customers by offering the best standard of customer experience as well as quality products with great value and wide choices.

"This year, AEON BiG expects to see an operating profit of two times more than last year. In 2020, AEON BiG started the B2B (business-to-business) segment which generated a revenue of RM50 million and it will continue to focus on this segment, targeting a revenue of RM300 million this year.

"The company is committed towards building the business to achieve better performance and it is confident of accomplishing even better results in the coming years," AEON BiG said.

Pursuant to the acquisition, Magnificient Diagrap's name was changed to AEON BiG, according to AEON BiG's website.

AEON BiG, which currently operates 22 hypermarkets across Malaysia, said the acquisition was part of AEON Group's plans to expand its business in Southeast Asia. 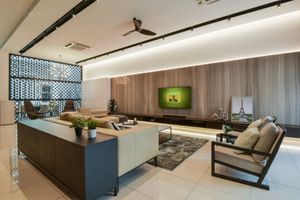