According to the draft consent order obtained by the media through the court search system, the Malaysian government through IRB has agreed to amend Tengku Adnan's additional assessment notices as the defendant for the assessment years 2012 to 2017, all dated March 15, 2019.

"The additional amended tax amounted to RM40,358,336.61 including the penalties, as part of the total tax settlement and is considered as a composite assessment under Section 96A of the Income Tax Act 1967,” it said.

The agreement also stated that both parties will discuss within 45 days from the date of the agreement of consent (Sept 23) on the payment mode.

"If the parties fail to reach an agreement on the mode of payment, this settlement will be paid before Dec 31, 2020.

"The plaintiff (Malaysian government) and Tengku Adnan hereby withdraw all interlocutory applications made under these civil proceedings and there will be no order on costs," according to the agreement.

The Government of Malaysia via IRB filed the suit on July 24 last year against Tengku Adnan for allegedly owing income taxes for assessment years 2012 to 2017 as stated in the Assessment Notice dated March 15 2019.

IRB in its suit claimed the Putrajaya MP had failed to pay the owing income tax with a 10 per cent increment, totalling RM57,167,069.35.

As such, the plaintiff had demanded from the defendant a total of RM57,167,069.35, with interest on the total sum at five per cent per annum from the date of judgement until the date of realisation, as well as costs and other relief deemed appropriate by the court.

Looking for properties to buy or rent? With >150,000 exclusive listings, including undervalued properties, from vetted Pro Agents, you can now easily find the right property on Malaysia's leading property portal EdgeProp! You can also get free past transacted data and use our proprietary Edge Reference Price tool, to make an informed purchase.
Federal Territories Inland Revenue Board IRB Unpaid taxes
SHARE
Facebook Twitter 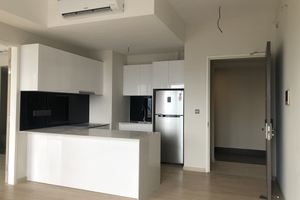