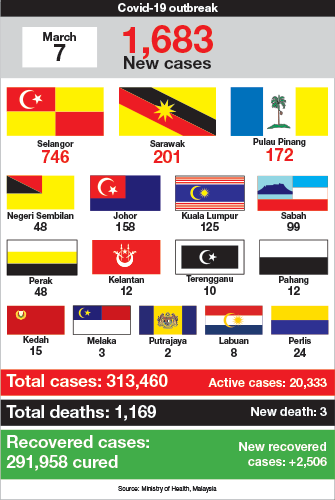 A total of 2,506 recoveries were also recorded, while there were three fatalities due to the pandemic, taking the death toll to 1,169.

"The new cases today involved 1,673 local transmissions and 10 imported cases. A total of 174 cases are being treated in the intensive care units, with 81 patients requiring ventilator support,” he tweeted. 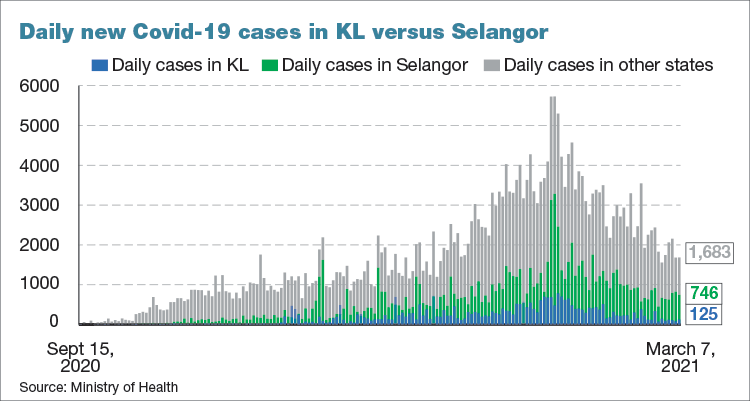 Meanwhile, Dr Noor Hisham said in his statement that the three fatalities today involved Malaysians, a man and two women, aged between 78 and 85, and all had chronic illnesses.

"The detention centre clusters were in Jalan Awang (Sarawak) and DTI Persiaran Wawasan (Perlis), while the new cluster involved a community in Kiba, Sarawak,” he said, adding that 727 clusters had ended, including 14 today.

Looking for properties to buy or rent? With >150,000 exclusive listings, including undervalued properties, from vetted Pro Agents, you can now easily find the right property on Malaysia's leading property portal EdgeProp! You can also get free past transacted data and use our proprietary Edge Reference Price tool, to make an informed purchase.
COVID-19 Noor Hisham Abdullah Ministry of Health
SHARE
Facebook Twitter