She said the work cycle in PBTs was necessary to avoid the rise of "little Napoleons" or groups who felt they were more powerful than their superiors, as well as to prevent corrupt activities among PBT staff.

She said the PBT work cycle had been implemented since 2018 but it was not carried out intensively.

"We will make it more intensive by asking for reports on where is the movement and the percentage of the movement to see whether PBTs are really doing it," she told the media after attending a roundtable discussion on Generation Equality Forum: Generating Commitments to Build Forward here yesterday.

Zuraida said KPKT was trying to set up a PBT Establishment Commission but it could not be implemented because it involved several legal aspects.

In the forum, Zuraida, who is also the founder and president of the Council of Malaysian Women Political Leaders (COMWEL), said COMWEL's proposal to designate 30% of Parliament and state assembly seats for women in the next general election would be further discussed with stakeholders like the Coalition for Clean and Fair Elections (Bersih).

"There are a lot of things that need to be looked into such as legal aspect, mechanisms and execution," she added.

Looking for properties to buy or rent? With >150,000 exclusive listings, including undervalued properties, from vetted Pro Agents, you can now easily find the right property on Malaysia's leading property portal EdgeProp! You can also get free past transacted data and use our proprietary Edge Reference Price tool, to make an informed purchase.
KPKT Zuraida Kamaruddin PBT Work cycle
SHARE
Facebook Twitter 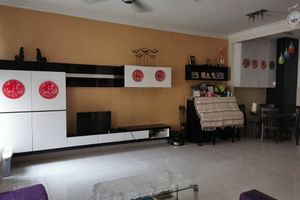