SRC appeal: There was a plan to retrieve RM3.6b frozen SRC funds in Switzerland, says defence PUTRAJAYA (April 28): Datuk Seri Najib Razak and the Ministry of Finance (MoF) had made proper efforts to investigate and retrieve some RM3.6 billion worth of SRC International Sdn Bhd’s funds that are frozen in Switzerland, according to the defence.

SRC had been granted a total of RM4 billion loan from Retirement Fund Inc (KWAP) in 2011 and 2012, which were immediately transferred out of the country, with some RM3.6 billion of the grant transferred to Switzerland and subsequently frozen by Swiss authorities in 2013.

Arguing against the prosecution’s claim that Najib did not want anyone to retrieve the frozen funds, the former premier’s defence lawyer Farhan Read claimed that Najib and the MoF had made clear plans to repatriate the SRC funds, which showed his direct and personal interest in the matter.

It was previously reported that former second finance minister Datuk Seri Ahmad Husni Hanadzlah was halted from retrieving the frozen funds back in 2015 due to diplomatic issues, not the former premier’s personal interest.

Farhan claimed that the MoF had later begun a plan of recovering the frozen funds in 2016 which was led by Ahmad Husni's successor, Datuk Seri Johari Abdul Ghani.

The defence lawyer further asserted that Ahmad Husni himself had acknowledged the efforts of the former prime minister and the MoF. He read out the transcript of Ahmad Husni’s witness testimony.

Shafee: He just told you and you said okay.

Ahmad Husni: No, no, it’s not. I went there, I was very serious. Because this issue is that. I went to the IMF (International Monetary Fund) World meeting. So I knew many of the ministers. So I knew the ministers of Switzerland at that time. Minister of Finance. So I thought that I bring all the documents. Very likely they can release it. That's my thinking.

Shafee: Now that you know for the first time today, earlier to your proposal. SRC board has got to the bank. Now we know. Now also we know. After you left Johari Ghani. Johari Ghani also doing the same thing of recovering the same money?

Shafee: Are you not satisfied that the MoF office from the Minister of Finance right up to the deputy. They were doing their best to recover the money. Are you now satisfied?

Ahmad Husni: Based on the effort as you mentioned yes. They are trying to do their job.

Farhan added that a memo seeking an additional loan for SRC in 2017, to avoid default in payment, which also outlined the attempt to repatriate the funds, was approved by Najib and therefore illustrated his acknowledgement of the events.

“It can hardly be said that nothing was done by the MoF and BMKD (MoF Inc) in order to ensure firstly that SRC was able to service its loan, and secondly, a plan was already being managed for the repatriation of funds from Switzerland helmed by the second finance minister at the time,” Farhan added.

However, it can be assumed that the “proper plan” Najib had required did not amount to anything, as it was previously reported that the defence alleged that “no one knows” the current status of the SRC funds.

The 14-day appeal hearing is scheduled to end today in front of a three-member bench led by Justice Datuk Abdul Karim Abdul Jalil. The other members of the bench are Justices Datuk Has Zanah Mehat and Datuk Vazeer Alam Mydin Meera.

Last year, Najib was found guilty of seven criminal charges, consisting of one count of abuse of power and three counts each of criminal breach of trust and money laundering, involving RM42 million from SRC that ended up in the former premier’s personal accounts.

He is appealing the 12 years’ jail sentence and a fine of RM210 million. 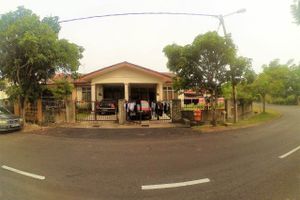 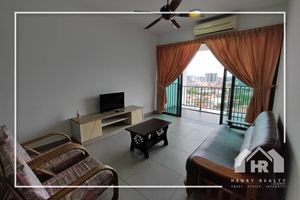 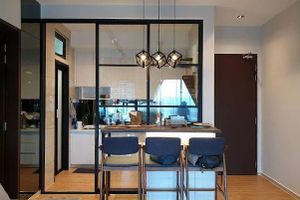