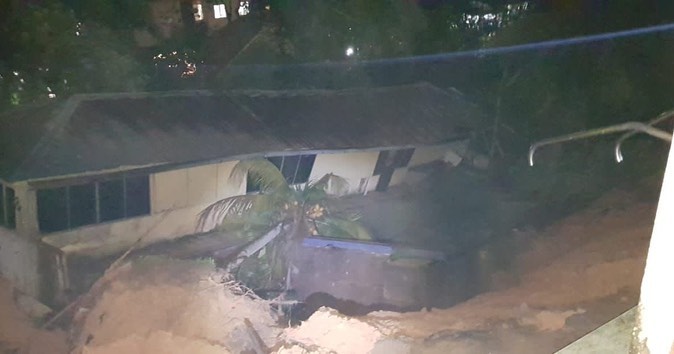 KUALA LUMPUR (Sept 20): The Department of Irrigation and Drainage (DID) will finalise plans for slope stabilisation and upgrading works at Sungai Kemensah, which is estimated to cost RM10 million, said Environment and Water Minister Datuk Seri Tuan Ibrahim Tuan Man.

He said the project would be implemented to restore the river’s water flow which was obstructed following the landslide at Jalan Kemensah Heights on Friday (Sept 17).

According to him, inspections by an agency under his ministry found that the subsidence from the landslide had caused problems in the river.

"This project will be implemented after getting input from various agencies such as the Ampang Jaya Municipal Council (MPAJ), the Department of Minerals and Geoscience Malaysia (JMG), and the Public Works Department (JKR)," he said when met after visiting the scene here yesterday.

He said the work plan would be completed within a month for follow-up action such as funding and procurement.

As a stop-gap measure, he said the DID had conducted restoration work along a 250m-stretch of the river to reduce the risk of subsidence at the residential units in the adjacent area.

Meanwhile, Tuan Ibrahim said his ministry would expedite the process of channeling an allocation of RM1 million to enable DID to carry out river slope stabilisation works, including the installation of sheet piles and related earthworks.

He said the project was being coordinated with MPAJ, JMG and JKR’s Slope Engineering Branch.

On Friday, three bungalows and 12 townhouses involving 27 families were affected by the landslide in Jalan Kemensah Heights. However, no casualties were reported.

Looking for properties to buy or rent? With >150,000 exclusive listings, including undervalued properties, from vetted Pro Agents, you can now easily find the right property on Malaysia's leading property portal EdgeProp! You can also get free past transacted data and use our proprietary Edge Reference Price tool, to make an informed purchase.
Kemensah Heights Landslide Department of Irrigation and Drainage Sungai Kemensah
SHARE
Facebook Twitter