Malaysia is increasingly on the radar screens of overseas property developers, especially from Australia and the UK. Its growing upper-middle population is seen as an uptapped market. Some of the developers have enlisted the help of local realtors to introduce their latest developments to Malaysian buyers.

In recent months, foreign developers have been crossing over to Malaysia to make a sales pitch for their products. A number of them have enlisted the help of local realtors in Malaysia to introduce their residential property developments located in Australia and the UK.

Malaysians have been investing in properties abroad, but it is rather unusual to see foreign developers come halfway across the globe to give us the first bite of the cherry.

Lately, developers from Australia and the UK seem to have shown increased interest in Malaysian investors. Most of the products marketed here are residential property.

The global financial downturn had something to do with it. For example, the UK economy was affected by the credit crunch in the wake of the US subprime crisis. As a result, some UK property developers have had to venture beyond their shores and traditional markets.

“The UK economy only grew 0.7% in 2008 and is expected to shrink by 2.8% in 2009,” explains James Wong, managing director of VPC Alliance (M) Sdn Bhd. “Owing to its shrinking economy, local demand is affected and hence, UK developers are launching their residential developments not only in Singapore and Hong Kong but also Malaysia.”

Wong adds that foreign developers are attracted by Malaysia’s stable economy. “Malaysia is deemed to be less affected by the global crisis. With a growing middle and upper-middle class population, Malaysia is an untapped market for them.”

The Aussies, too, have shifted their focus to Malaysian shores. “We have seen a recent increase in Australian projects from the beginning of this year, perhaps due to the relaxation of the Foreign Investment Review Board rules in Australia regarding foreign ownership, the strengthening Aussie dollar and because the Singapore market, the traditional market for them, has not been performing well,” says Gerard Kho, senior vice-president of Reapfield Properties Sdn Bhd that represents a couple of projects in Sydney and Gold Coast in Australia.

Even with the strong rebound in the Singapore property market since 1Q2009, Kho feels that “inevitably during the early stage of a recovery, the preference for overseas projects often take a backseat, as buyers are generally more comfortable with local projects; something they can see, feel and touch”.

Ian Chen, CEO of Jalin Realty, which is in a collaboration with Frasers Property Australia, a member of Frasers Centrepoint Group based in Singapore, believes that interest in Malaysia probably has to do with its market potential. “Traditional markets like Singapore and Hong Kong have become too saturated, with too many foreign property sales. Thus, the developers have shifted their focus to Malaysia where there is less competition and higher potential,” he says.

Chen notices that foreign products launched here are of higher quality to meet the discerning taste of high-end Malaysian buyers.

The positive response to past launches has also made foreign developers see Malaysia as a viable proposition on their Asian roadshows. “If you check the advertisements, you will see that many of the projects are marketed by the same developers and agents. If response to previous launches was not good, they would have been reluctant to spend so much money to market their projects to Malaysia,” says Lim Eng Chong, director of Henry Butcher Malaysia Sdn Bhd.

As the global economy shows signs of recovery, Malaysian investors are loosening their purse strings. “There is a higher level of confidence among investors and there is a general feeling that the worse is over and that the property market has bottomed out. This has resulted in an increased level of interest in investing in overseas properties,” says Lim.

Australia and the UK remain firm favourites with Malaysian property investors. In 2008, Malaysia invested about A$4.9 billion (RM15.3 billion) in Australian property, according to the Australian Trade Commission in Kuala Lumpur. The UK figure was not available at press time.

“Australia is accepted as a location where investments have consistently performed [well]; their values have either appreciated, or at worse, held up. Rental returns should be around 4.5% upward and capital appreciation should be typically 8% per annum,” he says.

Jalin Realty’s Chen agrees. “At present, property in Australia is generating about 4% to 5% rental yields. Capital growth has been consistent with an 8% compound growth for the last 40 years. Investors who buy a quality property at the right location seldom see returns less than 15% to 30% per annum on their cash outlay.”

For those looking at property in Australia, the options available are vast. They include housing close to universities, one-bedroom apartment/condo units, landed townhouses, and house-and-land packages on the outskirts of the city. There are also luxury high-end condos with a view of the sea, in the central business district (CBD) or serviced apartments managed by high-end hotel chains like the Hilton on Surfers Paradise.

Kho currently represents two developments, namely Inmark Tower situated in Sydney’s CBD and Nirvana by the Sea on Kirra Beach, Gold Coast. These two developments are launched for the first time in Malaysia.

Inmark Tower is developed by Parkview Group, an integrated property development and construction company that has built several successful developments across Australia. The 35-storey tower features 1-bedroom, 2-bedroom and 3-bedroom layouts with sizes of about 650,900 and 1,300 sq ft respectively. The prices start from A$550,000 for the 1-bedroom, A$800,000 (2-bedroom) and A$1.2 million (3-bedroom). It is scheduled to be completed in 2011.

On the Gold Coast, Nirvana by the Sea is a completed 15-storey sea view development ready for immediate occupancy. The developer, Niecon Developments, has won several awards for construction, design and engineering. The units have built-ups of 1,237 to 3,128 sq ft. The price ranges from A$950,000 to A$2.6 million, with a guaranteed rental yield of 6%. The take-up rate so far is about 70%.

“The developer will manage the property for the owners. We have checked comparable completed properties adjacent to this building, and the figures also indicate that returns are between 6% and 6.5% based on today’s prices, so the rental guarantee is substantiated,” says Kho.

Trio is a three-tower apartment development comprising 387 units situated in Sterling Circuit, Camperdown, about 3.5km from Sydney’s CBD and within easy reach of major universities. The first two blocks have been completed and 100% taken up; the last tower will be ready soon and is 50% sold.

Lorne Killara is a low-rise boutique development with only 36 apartments and four pavilion-style penthouses. An interesting feature is that most of the units do not share a common wall. Sizes are between 1,194 and 2,949  sq ft, with prices ranging from A$895,000 to A$1.43 million. It has a take-up rate of about 60% to date.

UK property
Henry Butcher’s Lim believes it is an opportune time for local investors to purchase properties in the UK. “UK properties are the most attractive now in terms of the weakened currency, low prices and no capital gains tax for foreign purchasers,” he says.

Some UK properties targeted at Malaysians are Waterline House in the Paddington Basin and Woodberry Park Apartments in London. These yet-to-be completed developments are marketed by Henry Butcher.

The 15-storey Waterline House, at Merchant Square, is developed by European Land. Sitting on the edge of the Grand Union Canal in Paddington Basin, it features 93 units made up of a collection of studio, 1-bedroom, 2-bedroom and 3-bedroom apartments and penthouses. Sizes start from 346 sq ft and are priced from £340,000. Located near St John’s Wood, Little Venice, Regent’s Park, Oxford Street, Mayfair and the West End, the development is targeted for completion in 2010. The entire project is about 80% sold, with Malaysians making up about 20% of the buyers.

Woodberry Park Apartments is developed by Berkeley Homes, a company founded in 1976. It is the first phase of a larger Woodberry Down regeneration project, covering about 83 acres.
Berkeley Homes used to focus on traditional detached developments but of late, has widened its portfolio to include medium and large-scale projects. It also has expertise in creating sustainable communities in regeneration schemes on brownfield sites (unused industrial or commercial areas).

Unit sizes at the Woodberry Park Apartments start from 407 to 1,485 sq ft. Prices begin from £199,950. The development is located close to the Piccadilly Line underground station and the 2012 Olympic village. Currently, the take-up rate by Malaysians is about 20%, with the entire project close to 70% sold.

Another UK developer selling in Malaysia is Weston Homes plc. Represented by VPC Alliance, the developer has residential projects throughout London and Southeast England in locations such as Canterbury, Colchester, Maidstone and Southend. Its newest project is Bridges Wharf — a mixed residential project with three apartment towers of 266 units.

It is situated along the River Thames, opposite Chelsea Harbour, and within walking distance of King’s Road and Sloane Square. The Bridges Wharf has units with built-ups of 450 to 2,000 sq ft and is said to boast state-of-the-art fittings.

It is also the first time Weston Homes has launched a project in Malaysia. At a recent presentation, several units at Bridges Wharf were booked. Some potential Malaysian buyers went to London to view the units before making their decision, says VPC’s Wong.

Buyers beware
There are several caveats which buyers have to be aware of when buying property abroad.

“Do your research, attend some property seminars to understand the local market better, and put your queries to property professionals,” says Henry Butcher’s Lim. “There is an immense amount of information available on the Internet as well. Learn to sieve through and gather the correct information and always go to reliable sources.”

Lim says buyers must always scrutinise the developer to ensure it is reputable. They must also find a reliable local agent that will help take care of the overseas property. 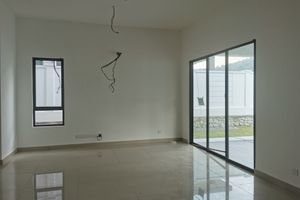 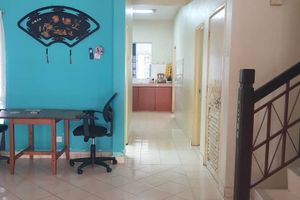 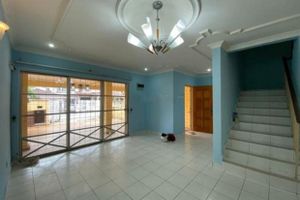 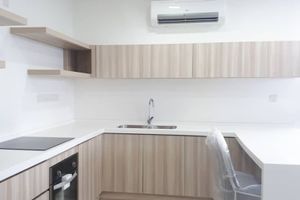 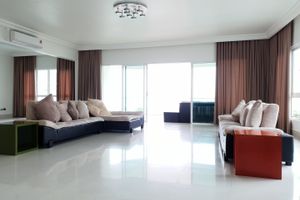 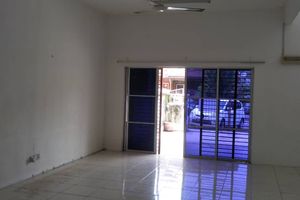 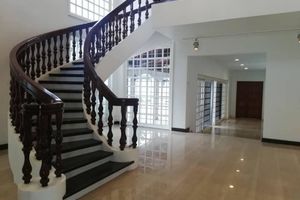 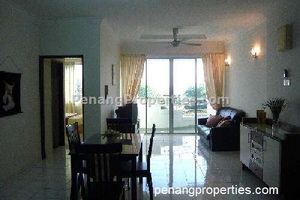 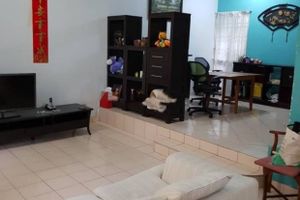