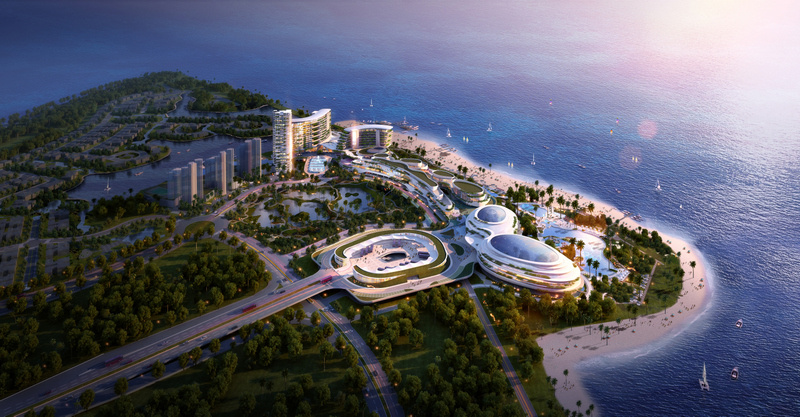 However, a Country Garden spokesman was quoted as saying that the company had shut all the sales centres in China for renovation. He also dismissed the move had to do with China’s capital controls.

In the report, the spokesman also estimated that there were dozens of Country Garden sales centres in China, without giving the exact number.

Forest City, with a gross development value of RM444 billion, is in partnership with Esplanade Danga 88 Sdn Bhd, an associate of Kumpulan Prasarana Rakyat Johor, and Country Garden, which holds a 60% stake.

The project, covering 14 sq km of land on four artificial islands in Johor, has been successful in attracting Chinese buyers by offering affordable prices and access to Malaysia’s visa programme for long-term stays.

The South China Morning Post reported that to further curb capital outflows, the Chinese government in January banned its citizens from converting yuan into other currencies for overseas property purchases.

Country Garden is the second-largest developer in China. Aside from Forest City, Country Garden has three other developments in Malaysia, namely Central Park and Danga Bay, which like Forest City are also in Johor, and Diamond City in Semenyih, Selangor.

On March 1, The Edge Financial Daily reported Country Garden Group Malaysia regional president Jason Fu Jinling as saying that most of its developments, with the exception of Danga Bay, had attracted more local interest than from China.

“Last year, we did focus a lot on Chinese investors for Forest City, but this year, we are going to open up more sales galleries in countries such as Indonesia, Thailand and the US,” he said.

This article first appeared in The Edge Financial Daily, on March 10, 2017.