Homebuyers to bear the brunt of rising building costs KUALA LUMPUR (April 20): Property developers have warned that home prices may rise following the government’s recent move to slap a safeguard duty on the import of certain steel products for three years.

If the safeguard duty leads to a rise in steel prices, Real Estate and Property Developers’ Association (Rehda) president Datuk Seri FD Iskandar Mohamed Mansor said they will have no choice but to pass on the extra costs to homebuyers.

While the intention of the safeguard duty is to protect the local steel industry, the move is not good for the property industry, he said.

“At the end of the day if the contractors and developers can’t absorb the steel price increase, what happens? The increase will be passed on to consumers,” FD Iskandar told a media briefing to reveal the findings of the association’s Property Industry Survey 2H2016 and Market Outlook 1H2017 yesterday.

The government last week announced the implementation of safeguard measures, which see imports of steel concrete reinforcing bar (rebar) being slapped with a 13.42% duty and a 13.9% duty for steel wire rods (SWR) and deformed bar-in-coils (DBIC), starting April 14.

FD Iskandar said the safeguard duty has resulted in a significant increase in raw material costs.

He also pointed to the price of steel bars, which used to cost an average of RM1,712 per tonne in Johor, RM1,847 per tonne in Selangor and Kuala Lumpur, and RM1,729 per tonne in Penang. However, contractors are now paying RM2,570 per tonne.

“Definitely this will increase the price of construction, and construction is the main cost in the gross development cost of a project,” said FD Iskandar.

Besides the rise in prices of steel products, he said the price of a bag of cement has also risen to RM18.40 compared with RM17.30 per bag in Selangor and Penang previously, while that of river sand — which is used in concrete production — has also risen.

According to Rehda’s Property Industry Survey 2H2016, developers have indicated that material and labour costs remain as the top cost components affecting their cash flow, especially with the increase in prices of certain steel products due to the safeguard duty.

Meanwhile, 29% of respondents said the overall increase in the cost of doing business due to higher material, labour and compliance costs, has been the main challenge in providing affordable housing.

In addition to higher raw material costs, FD Iskandar said contractors and developers are also facing higher labour costs. He noted that the labour cost index had risen to 117.4 as at December 2016 from 111.1 a year ago.

“It’s very hard for developers to lower prices [of properties] if costs keep going up. Obviously, developers’ margins are being squeezed,” he said.

FD Iskandar also urged homebuyers to be more realistic when it comes to choosing a preferred location for their potential homes.

“Wanting to own a home in the Kuala Lumpur city centre for less than RM500,000, that is not very realistic. That’s why we also urge the media, the National House Buyers Association and the government to help educate our buyers,” he said.

In Rehda’s inaugural house buyers’ survey that was carried out during the association’s Mapex Property Showcase 2016 held on April 14 to 16, Kuala Lumpur city centre topped the most preferred locations list for homebuyers, followed by Petaling Jaya-Damansara; Cheras and Bangsar; Puchong and Shah Alam; and Cyberjaya.

FD Iskandar also highlighted that accessibility trumps all other home features and facilities when it comes to buying a home.

“Our respondents said the light rail transit (LRT) or mass rapid transit (MRT) [44%] and distance to a transportation hub (30%) are important considerations when it comes to buying a home.

“This is why we urged the government to allocate 40% to 50% of lands near to a transportation hub to build affordable homes because people who are looking to live in these homes are the ones who will use the public transportation [the most].

“In Kuala Lumpur, we have KTM, LRT, MRT and monorail. But if you keep on selling lands near them for top prices, [developers] cannot build affordable homes. It’s great to build transportation hubs. But we also must be certain that the right target market stays near to these transportation hubs,” he said.

Meanwhile, Rehda once again called on the government to review its property cooling measures to boost property sales.

FD Iskandar added that based on feedback from Rehda members, loan rejections continue to pose a problem to potential buyers.

This article first appeared in The Edge Financial Daily, on April 20, 2017. 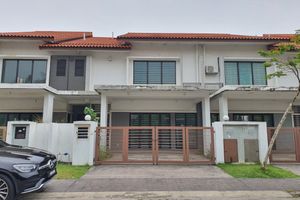