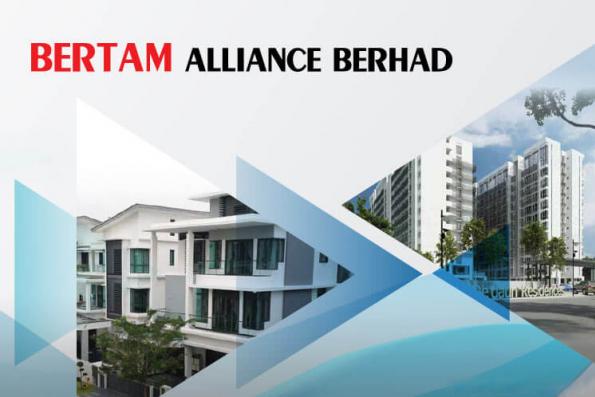 In a filing with Bursa Malaysia, the group said its wholly-owned unit Wow Land Sdn Bhd is buying the land from Jumat Laiyo. The 33-year-old Sabah native was previously Wow Land’s main shareholder with a 87% stake, before Bertam bought over the company in August 2016.

Bertam said the proposed development will be named Idaman Residence and consists of 228 residential units, ground floor car park, open space and facilities deck with a total built-up area of about 280,048 square feet.

The development is expected to take three years to complete and would incur an estimated gross development cost of RM130 million. Hence, Bertams expect to earn a gross profit of about RM25 million over the next three years from the project.

“Subject to obtaining the approvals from the relevant authorities and shareholders of Bertam, the proposed development is targeted to commence in March 2018 and is to be completed in January 2021,” the filing said.

Bertam said the purchase price of the land represents an 11.41% discount from the land’s market value of RM18.4 million or RM100 per square feet.

The group said the land is strategically located about 9 km south of Kota Kinabalu city centre and 10 km north-west of Donggongon township.

“The proposed acquisition is in line with Bertam’s strategy of geographical focus on development in Kota Kinabalu. In order to improve its performance in its construction segment, the board envisages the prospects of the development of the land to be encouraging, with favourable take-up rates and good prospects for capital appreciation,” Bertam added.

“In addition, the board believes that as long as Kota Kinabalu city centre remains Sabah’s commercial hub, demand for housing within and around the city will be most sought after, as the population density in Kota Kinabalu increases,” the filing read.

The group expects to conclude the acquisition by the first half of 2018.

Bertam’s share price gained three sen or 7.69% to close at 42 sen today, giving it a market capitalisation of RM86.84 million. Year-to-date, the counter has fallen by 31.15%. — theedgemarkets.com