Parkson still in the red with RM13.8m 2Q net loss 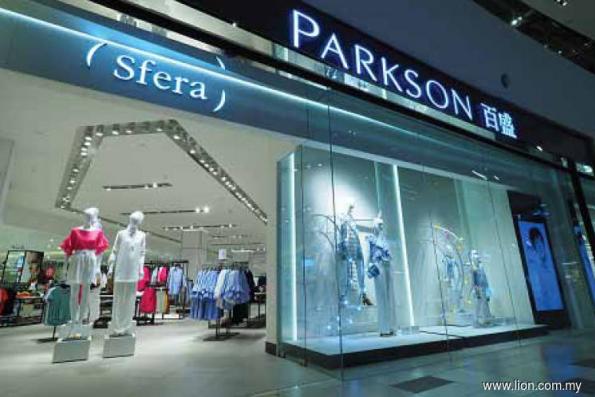 Revenue for the quarter increased 2% to RM1.064 billion from RM1.046 billion in the previous year.

While Parkson also saw a significant RM308.95 million impairment in the previous year's corresponding quarter, it was offset by an RM802.3 million gain on disposal.

The group said its Malaysia and Indonesia operations posted operating losses for the period, which was attributed to the absence of festive spending, following the shift in Eid celebrations, posting operating losses of RM20 million and RM13 million respectively.

As at Dec 31, 2017, Parkson Malaysia has 45 stores following the opening of two stores in Kuantan and Johor Bahru, while two underperforming stores were closed down during 1HFY18. It also closed two stores in Jakarta, bringing its store count in Indonesia to 15.

Meanwhile, the group has seen returns from the transformation strategies implemented for Parkson China, resulting in a 4% increase in revenue to RM1.319 billion and RM32 million in operating profit for the six-month period.

On the other hand, Parkson Vietnam saw negative same store sales growth of 5% due to intense competition, while the contribution from the Myanmar operations remained negligible.

Looking ahead, the group said higher spending during the Chinese New Year celebrations will support its performance in 3QFY18.

"The group remains confident in our China retailing operations and believes that the group's transformation strategies focusing on diversified retail formats coupled with stores' network optimisation and products offering enhancement, are keeping the group on the right track.

"While the group's operating environment in the Southeast Asian region is anticipated to remain challenging over subdued consumer sentiment and stiff competition, the group will continue to monitor its strategy execution as well as stores' performance," it said.

Looking for properties to buy or rent? With >150,000 exclusive listings, including undervalued properties, from vetted Pro Agents, you can now easily find the right property on Malaysia's leading property portal EdgeProp! You can also get free past transacted data and use our proprietary Edge Reference Price tool, to make an informed purchase.
Parkson Holdings Kuantan Johor Bahru China Southeast Asian
SHARE
Facebook Twitter