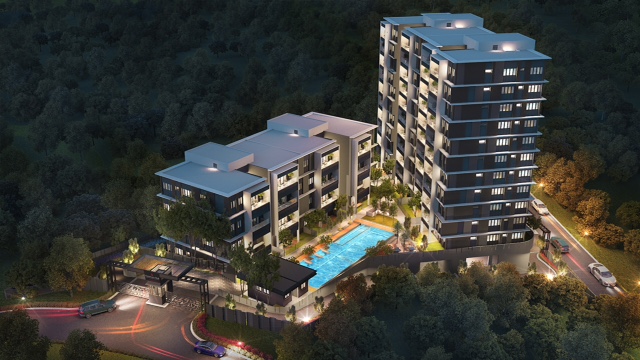 Each unit will come with two carpark spaces while the duplex units will have four carpark bays each.

“We came across this land about five years ago. It is located between Bukit Tunku, Damansara Heights and Bangsar precincts. We are targeting homebuyers who value privacy and tranquillity in the city.

“Thus far, about 20% of the units have been pre-booked,” Sim told reporters on the sidelines of the official launch today.

As privacy is the central theme of the development, each condo unit has a powder room so guests do not intrude the private bathrooms of the homeowners. “There are a few units that we call loft units, which homeowners can turn into extra storage or children’s play areas or whatever they like,” he added.

The gated-and-guarded development, will have a four-tier security system as well as facilities such as a 25m infinity pool, sauna, barbeque area, hammock garden, hybrid vehicle charging stations and a gym.

Sim noted that most business owners and investors are waiting for the general election to take place, thus he expects the Malaysian property market to stabilise after the election, as the country’s direction will be clearer then.

Allstones Group Asia was established in 2000, with businesses in property development, investment and real estate management services. It has since developed a niche in specialised situation projects and has undertaken residential, commercial, hotel and retail developments across Malaysia.