JAKS Resources could lose RM50m in dispute with Star 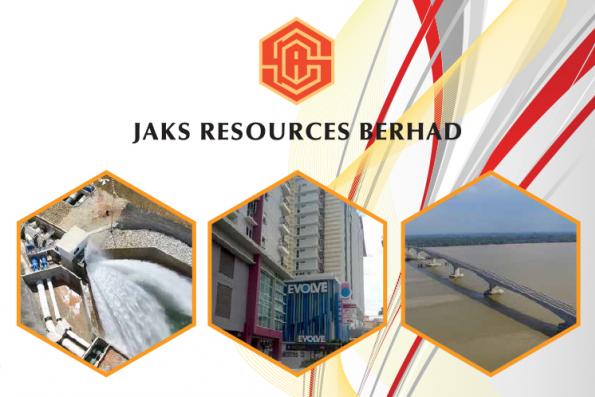 KUALA LUMPUR (March 15): JAKS Resources Bhd, in a dispute with Star Media Group Bhd over the completion and delivery of a property project in Section 13, Petaling Jaya, could end up paying RM50 million in a worst-case scenario, Affin Hwang Investment Bank Bhd said, which would have a negative impact of RM25.5 million on its net profit.

In a report yesterday, Affin Hwang noted that JAKS is liable for the liquidated ascertained damages (LAD) for Tower A of the Pacific Star project, which the research firm estimates to be RM30 million based on the sale and purchase agreement (SPA) signed between JAKS and Star in August 2011 for the purchase of land for RM135 million and assuming that JAKS can complete the building before end-June.

“This is significantly lower than the corporate guarantee of RM50 million that Star had called on,” it added.

Under the SPA, Star is entitled to the RM50 million security fee in the form of a bank guarantee if JAKS fails to deliver Tower A on the stipulated date.

Affin Hwang said as JAKS has not made any provisions related to Tower A, it will have to absorb the cost in its profit and loss (P&L) should the court rule against its favour.

The JAKS-Star dispute started on Feb 19 when JAKS announced that it had instructed its lawyers to file an injunction with the court to block two financial institutions from releasing the bank guarantees to Star. In response, Star said it called on bank guarantees amounting to RM50 million after JIC failed to complete and deliver Tower A in accordance with the deadline.

“We believe [JAKS] management should be able to meet the June 18 target as Tower A had achieved 95.6% completion at end-February. The Pacific Star project’s other components will also be completed in [different] phases over 2018.

“The Pacific Star development’s overall take-up rate is currently at 93% to 96%. However, not all units are subject to the LAD as JAKS only started marketing Tower C aggressively in late 2016,” said Affin Hwang.

According to Affin Hwang, JAKS management had claimed that the delays on Tower A were due to design changes made by Star and that JAKS would be entitled to recoup the cost of those variation orders instead.

“We believe JAKS’ day-to-day operation will not be impacted by this as the company is poised to receive around RM154 million from a recent land disposal, which would be sufficient to cover the cost,” it said.

Affin Hwang also believes JAKS would be able to close the chapter on property development when it completes the Pacific Star project by year-end.

“The stock price has corrected around 17% (or RM150 million in market capitalisation) since news of Star’s claim was announced. We believe the correction is overdone. Given this would be a one-off cash payment, and assuming that JAKS is able to deliver Tower A by June, our fair value estimate of JAKS would be reduced only marginally,” said Affin Hwang.

The research firm is maintaining a “buy” call on JAKS, with an unchanged target price of RM2.25. Star shares closed unchanged at RM1.29, valuing it at RM959.24 million.

This article first appeared in The Edge Financial Daily, on March 15, 2018.