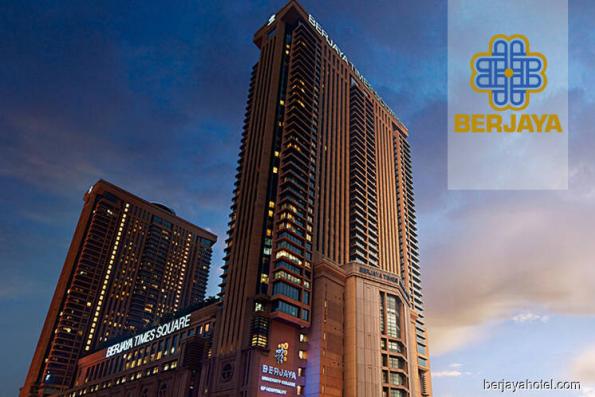 KUALA LUMPUR (March 30): Berjaya Assets Bhd (BAssets) has proposed a bonus issue of 1.28 billion warrants on the basis of one warrant for every two shares held.

In a filing with Bursa Malaysia, BAssets said the warrants will be issued at no cost to the entitled shareholders.

The group said the exercise price of the warrants has been fixed at 35 sen apiece.

The exact quantum of cash proceeds to be raised by the group during the exercise period would depend on the actual number of warrants exercised, said BAssets.

However, it said for illustration purposes, if all the warrants are exercised at the exercise price of 35 sen, the total gross proceeds to be raised would be about RM447.7 million, to be used as working capital for the group.

BAssets said the bonus issue is expected to be completed by the second quarter of 2018.

BAssets shares fell by half sen or 1.19% to 41.5 sen yesterday for a market capitalisation of RM1.06 billion. — theedgemarkets.com

Looking for properties to buy or rent? With >150,000 exclusive listings, including undervalued properties, from vetted Pro Agents, you can now easily find the right property on Malaysia's leading property portal EdgeProp! You can also get free past transacted data and use our proprietary Edge Reference Price tool, to make an informed purchase.
BAssets Warrants Bursa Malaysia Bonus issue Market capitalisation
SHARE
Facebook Twitter