TTDI RA chairman Hafiz Abu Bakar said in a letter by DBKL dated August 29, 2018, which was recently received by the RA, DBKL has declined the application for the redevelopment at Lorong Datuk Sulaiman 1 in TTDI and the rejection notice has been issued on July 23, 2018.

“We have submitted our objection letters and petition in February this year and we wish to extend our appreciation to all the residents who submitted the objection,” he said in a press statement today.

Meanwhile, Hafiz also reminded all TTDI residents to be always be on the lookout for any new potential condominium and commercial development within the neighbourhood, especially on public open spaces and land.

To recap, plans for the 35,000 sq m land which had been converted from residential land to commercial land back in 1985 entailed the development of two seven-storey office buildings containing 72 units of shopoffices with two levels of parking including one at basement level.

According to TTDI residents, Tadika Diyana has been operating for over 20 years and is slated to stop its operations at end-2019.

They were surprised by the proposed commercial development within the residential area and were worried that upon completion, the increasing number of crowd will jeorpadise the traffic condition as well as the living environment of the area.

Thus, close to 1,400 residents signed up the objection letters by February 26, 2018, and submitted the letters to DBKL in the same month.

A closed door hearing between DBKL and TTDI residents were held in April with twenty representatives from TTDI RA attending the meeting. 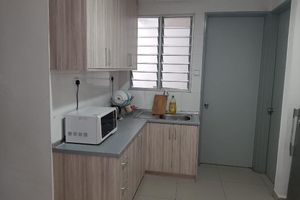