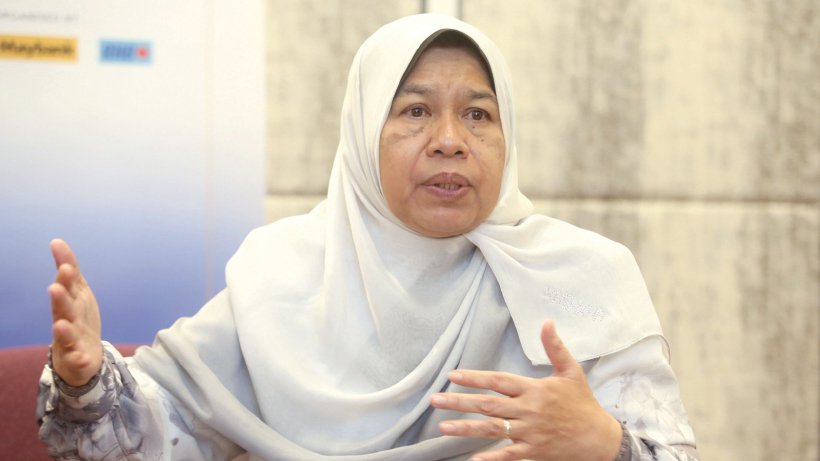 KUALA LUMPUR (March 25): The Federal Government is currently reviewing the suitability of lands that have been offered by state governments for affordable housing purposes, said Housing and Local Government Minister Zuraida Kamaruddin.

"Before we launched the Affordable Housing Policy, we have written to Menteris Besar [and chief ministers] in the country," said Zuraida.

"Each state has offered lands deemed suitable for the development.

"The Ministry of Housing and Local Government is currently conducting site visits on the lands to determine their suitability, namely the locations and [availability of] appropriate infrastructure," Zuraida told the Dewan Rakyat today.

Zuraida was answering a question by Tan Sri Noh Omar [BN-Tanjong Karang] on whether the Federal Government is able to obtain state government lands for affordable housing purposes, considering the difficulties by some state agencies themselves to obtain the same.

Zuraida added that the government has issued request for proposals for at least three housing projects. However, she did not elaborate on whether the lands involved were offered by state governments, or the size of state lands offered so far.

On steps to keep affordable housing prices low, Zuraida revealed that the ministry has requested utility companies, including electricity, water and telecommunications, to absorb the cost for development of respective utility infrastructures to reduce capital contributions and, ultimately, housing prices.

Other steps taken by the government include imposing sales and service tax (SST) exemption for building materials, emphasising the usage of cheaper and speedier industrial building system (IBS) and seeking lower costs of acquiring lands, such as through requests to state governments as mentioned earlier.

Looking for properties to buy or rent? With >150,000 exclusive listings, including undervalued properties, from vetted Pro Agents, you can now easily find the right property on Malaysia's leading property portal EdgeProp! You can also get free past transacted data and use our proprietary Edge Reference Price tool, to make an informed purchase.
Ministry of Housing and Local Government (KPKT) Minister Zuraida Kamaruddin Affordable housing
SHARE
Facebook Twitter