Govt carried on with TRX project to avoid 'sunk cost' KUALA LUMPUR (May 24): The Pakatan Harapan administration pushed on with the Tun Razak Exchange (TRX) to save the RM40 billion-development from becoming a “sunk cost”, Malaysiakini reported the Finance Ministry saying today.

The ministry also felt that the project is still good for the country as long as it has been “detoxified from the 1MDB scandal”.

It also revealed that “the Cabinet had agreed on June 20 last year to carry on with the project and injected RM2.799 billion in financial assistance for it”.

“According to reasonable estimates, the RM2.799 billion grant will enable TRX to generate a return of RM5.69 billion for the government.

“This government support is crucial to ensure that the money that has already been and will be invested in the project does not become sunk cost, without any returns.

“It also helps to clear TRX’s name and return investor confidence in the project,” the ministry added.

The Finance Ministry was giving a parliamentary reply to Padang Terap law maker Mahdzir Khalid who wanted details on the “effects” the TRX project had on the country’s economy and “if it would result in losses”.

“This is the result of the Finance Ministry’s efforts to ‘detox’ the TRX project from being embroiled in the 1MDB scandal after (Pakatan Harapan) took over the government on May 9, 2018,” the news portal reported the ministry saying.

After the ‘detox’, the ministry assured that the TRX is now “free of corruption” and was has the potential of becoming “a world-class development”.

Curious how much you can borrow? Use LoanCheck to get your maximum loan eligibility from various banks, or LoanReport to get a FREE CTOS/CCRIS credit report.
TRX
SHARE
Facebook Twitter 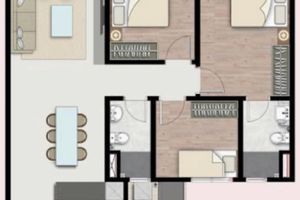