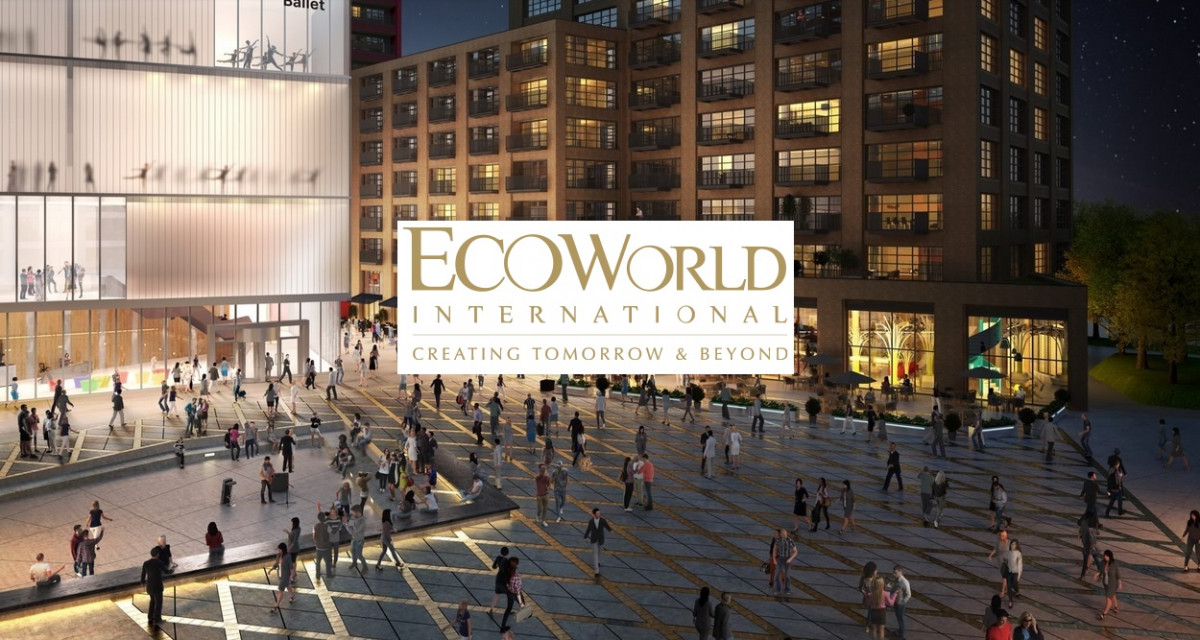 Downgrade to hold with a higher target price (TP) of RM1.04: Eco World International Bhd’s (EWI) financial year ended October 2019’s core earnings (excluding foreign exchange movement) came in above expectations, at 127% of our and 123% of Bloomberg consensus estimates. The outperformance was due to the sooner-than-expected handover of Embassy Gardens Block A05 which started in October.

Financial year 2019 (FY19) core net profit stood at RM189 million versus a net loss of RM4 million in FY18, buoyed by higher joint-venture contributions from the: i) handover of the remaining units for London City Island (LCI) Blocks A and M, and Embassy Gardens Block A04; ii) commencement of handover of LCI Blocks B, C and E, and Embassy Gardens Block A05; iii) profit recognition of Build-to-Rent (BtR) from Kew Bridge (third quarter of FY19 [3QFY19]) and Barking (4QFY19) sites; and iv) handover of Aberfeldy Village and Millbrook Park. EWI aims to be in a position to declare its first dividend in FY20.

FY19 new property sales came in lower at RM1.12 billion versus RM3.3 billion in FY18, of which RM1.03 billion new sales came from its London projects and the remaining RM93 million from Australia.

EWI retains its two-year sales target of RM6 billion for FY19 and FY20 forecast (FY20F), without specifying an exact sales target for each year as BtR projects are lumpy in nature. Unbilled sales as at end-October was RM5.8 billion (versus RM6.6 billion as at end-October 2018), based on exchange rates of £1:RM5.4 and A$1:RM2.89.

We adjust our FY20 to FY21F earnings per share estimates by +41%/-34% to reflect the changes in its projects’ development timeline. Our revise net asset value-based TP is revised to RM1.04 following our earnings revision.

We believe EWI’s FY20F earnings could be stronger versus FY19, underpinned by the expected handovers of LCI Block D, Embassy Garden Block A05, Wardian, West Village, and Yarra One. But we see earnings tapering off in FY21F to FY22F due to the timing of various projects as the bulk of the handovers would be in FY20F.

We downgrade EWI to “hold” as: 1) its share price has outperformed the FBMKLCI index by around 43% year to date, indicating that the stronger earnings outlook could have been priced in; and 2) expected earnings downtrend in FY21F to FY22F due to lumpy project recognition.

The group also aims to be in a position to declare its first dividend in FY20. Key upside risk to our “hold” call are stronger-than-expected earnings and dividends while key downside risks are weaker sterling pound versus the ringgit, disappointing sales, and weak execution. — CGS-CIMB Research, Dec 12 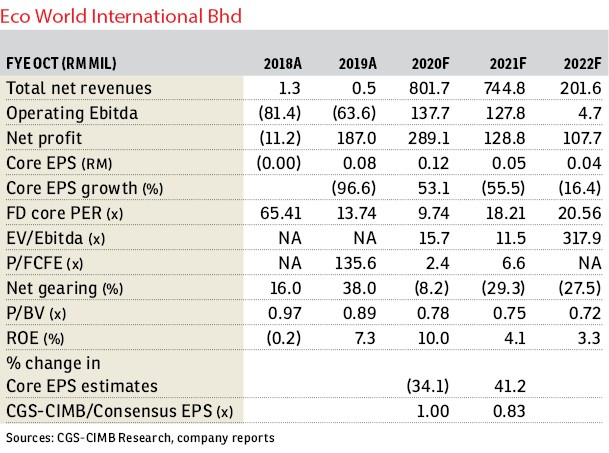