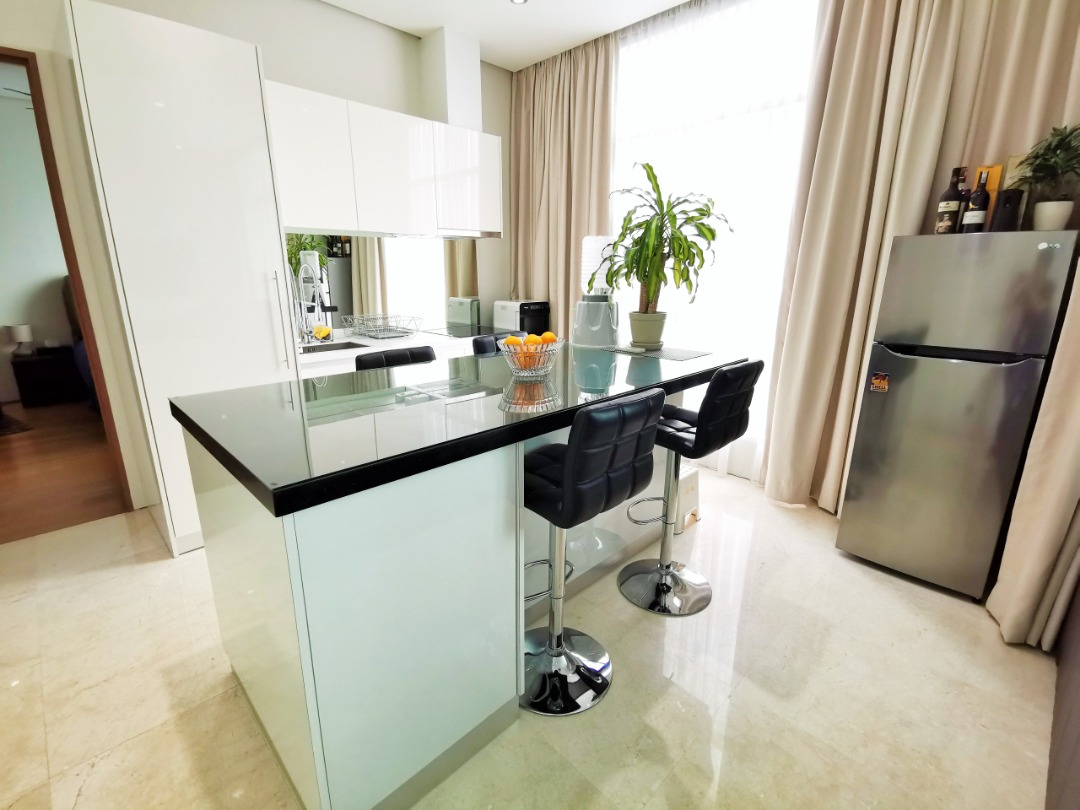 Located at Jalan Perak in Kuala Lumpur city centre, Soho Suites KLCC is a mixed development by Jadepot Development, a subsidiary of Monoland Corp which also developed The Oval, Vipod Suites and Quadro Residences. It comprises three towers offering 480 units of serviced residences and one office tower with 328 office suites.

The built-ups of the serviced residences range between 601 sq ft and 877 sq ft. The freehold project was completed in 2013.

Eugene Pang from MIP Properties Sdn Bhd who concluded the rental of this fully-furnished serviced residence at RM3,600 a month said Soho Suites KLCC’s location in the heart of KL city centre supports its rental demand and price appreciation.

“The owner had lived in that apartment but had to relocate recently,” Pang said.

He noted that the rental rate for similar units is around RM3,000 to RM3,300, depending on the condition of the apartment.

“The tenant doesn’t mind paying a higher rent as this is a well-maintained and ready to move in unit that comes with good quality furniture,” he added.

Interested to buy a unit in Soho Suites KLCC?  Or click here for more property listings in KLCC. Click here to know more about Eugene Pang and potential good deals.