Saifuddin said he had only mentioned that the MPs have named its prime minister candidate to the Yang di-Pertuan Agong, Sultan Abdullah Ri’ayatuddin Al-Mustafa Billah Shah today.

“All of the MPs from Keadilan have filled the prime minister candidate form in front of the Yang di-Pertuan Agong,” Saifuddin told the news portal after an audience with the Agong.

Saifuddin did not reveal the name of the preferred candidate.

It has been reported that a PKR senior leader told Malaysiakini that the party had fully backed Datuk Seri Anwar Ibrahim as prime minister during their audience with the Agong.

The source also added that DAP "is likely to do the same". 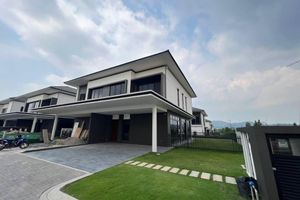