Bank Negara Malaysia’s (BNM) automatic six-month moratorium on all bank loans will benefit property owners with mortgages, but what happens after the moratorium ends?

The auction market in the upcoming six months will slow down due to the moratorium on loans, but those who can’t regain a strong financial footing within that six months may end up seeing their properties go into foreclosures, says AuctionGuru.com.my executive director Gary Chia.

“The critical timing will be at the end of this year,” he tells EdgeProp.my.

On March 26, BNM announced a six-month automatic loan moratorium where all financial institutions would offer a six-month deferment for all ringgit-denominated performing loans that had not been in arrears of more than 90 days as at April 1 including housing loans.

This was a measure to mitigate the financial impact on individuals and small-and medium-sized enterprises due to the Covid-19 pandemic and the Movement Control Order (MCO) which had brought the country almost to a standstill from March 18 until May 4, before the movement restriction was replaced by the Conditional MCO.

The World Bank is projecting a negative economic growth (-0.1%) for Malaysia this year amid the Covid-19 crisis, but expects the country to recover in the fourth quarter of the year before bouncing back in 2021. 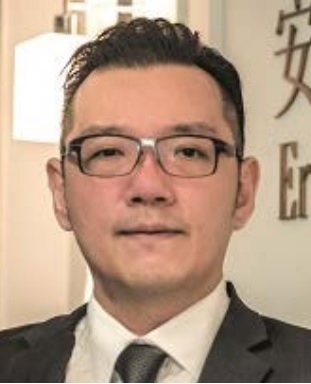 According to BNM’s Economic and Monetary Review 2019, which was released in early April,  Malaysia’s economic growth, as measured by Gross Domestic Product, is projected at between -2% to 0.5% in 2020 against a highly challenging global economic outlook due mainly to the Covid-19 pandemic.

The impact has been felt in Malaysia’s economy where growth slowed to 0.7% in the first quarter of 2020 compared with 4.5% in 1Q2019. Growth in the services and manufacturing sectors will continue to be sluggish, impacted by movement restrictions.

Against this backdrop, Chia says the real situation will emerge when the six-month loan deferment period ends in September.

“Usually, for auctioneers, the more auction cases, the better for us, as that gives us more business, but the sluggish property market, where both the secondary and primary markets are stagnant, also means fewer takers. So overall, it won’t be good for the market,” he says, explaining that an auctioneer’s revenue depends on appointment fees from clients as well as a certain percentage of commission from the sale of their clients’ auction properties.

Like Chia, Property Auction House executive director Danny Loh foresees a dreary property market in the near term due to a myriad of uncertainties, both domestic and global.

He notes that the number of newly completed residences put up for auction has increased over the past two years, especially in 2019.

“There were quite a number of recently completed units that went under the hammer last year, some of which have been left vacant although they are in good locations,” he says. 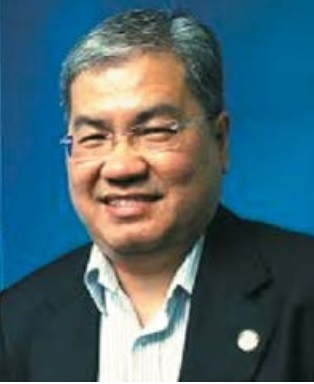 For instance, he has five high-rise residential units located at Jalan Ampang, Kuala Lumpur, all brand new unoccupied units, being prepared to be put up for bids soon.

Most of the unit owners had intended to turn them into short-stay rentals but the Joint Management Body or Management Corporation of their respective buildings have banned short-stay activities thus affecting their investments.

As the number of such foreclosures grew, some banks have offered borrowers who are facing short-term cash flow problems special loan repayment arrangements on a case-by-case basis, says Loh.

Interestingly, beyond foreclosures, there are increasingly more enquiries from normal property owners looking to sell their properties using the auction method in order to find genuine buyers.

“This type of client wants to know whether there are interested buyers in the market with the hope that their properties could be sold at a good price,” says Chia.

By appointing auctioneers, a property will be valued in a professional manner in order to set a reserve price, while the process of the auction is transparent, which allows the owners to see for themselves whether there are interested buyers.

“By selling a property using the auction method, owners could also choose the way they want to sell their properties, for instance by allowing only interested buyers to view their units or have the auction session done at their properties. They could also reject any viewings if they want to. Although we have watched interesting reality shows by western producers, in Malaysia, not many owners would want to reveal their identities,” notes Chia.

Loh has received calls from property owners who want to try selling their units via auctions after receiving little interest using conventional channels.

“Some of them just felt tired of the negotiation process and decided that the auction market could be a better alternative to sell their properties. But this is still a new concept for most owners,” he adds.

There are good bargains on the auction market already even before the MCO kicked in but getting interested buyers is tough due to the current weak consumer sentiment exacerbated by the Covid-19.

There are deals with reserve prices set more than 30% below their market value. For purchasers who are cash-rich, these properties are good opportunities for investment. On the other hand, for most people, conserving cash would be their priority in the current environment.

“The Covid-19 pandemic has changed the way we perceive the world. There will be a change in our priorities in life post-crisis. One would be whether we need to own a property. People’s buying behaviour would be impacted, especially for big-ticket items. If the primary and secondary markets are hit, the auction market will definitely be worse,” says Loh.

Loh notes that the reserve price of some landed homes in prime locations could go as low as 50% from market value, for instance, bungalows near Templer Hills in Rawang and landed homes in Cyberjaya.

“The entry cost for these properties are just too high for most interested buyers while for high-income earners, these may not be the properties they are looking for,” he explains.

Due to the Covid-19 Movement Control Order (MCO) from March 18, close to 300 properties which were scheduled for auction biddings have been put on hold, according to Property Auction House executive director Danny Loh.

Unlike property developers and real estate agents, he says moving the auction process online is difficult as it requires a lot of communication such as meetings with legal consultants, visits to government agencies and auction sessions with potential buyers. Similarly, AuctionGuru.com.my executive director Gary Chia has also postponed auctions sessions for more than 100 properties. During the MCO period, the office took the opportunity to clear administrative work and improve its online platform.

“I foresee the market will not recover so fast even after MCO, hence, I am looking at shifting my focus more to advisory work during this slow period,” says Chia, adding that social distancing is still needed until a vaccine for the Covid-19 is found.

“Auction buyers still rely heavily on seeing what they are buying, so they are finding it difficult to accept the idea of bidding online. Same goes for sellers.

“Sellers want to see real buyers. In an auction, everything is transparent and immediate. If your property has good potential, it will find its new owner immediately — a reliable buyer that comes with money and intention to own the property,” he notes.

This story first appeared in the EdgeProp.my e-Pub on June 5, 2020. You can access back issues here. 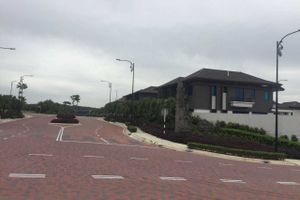