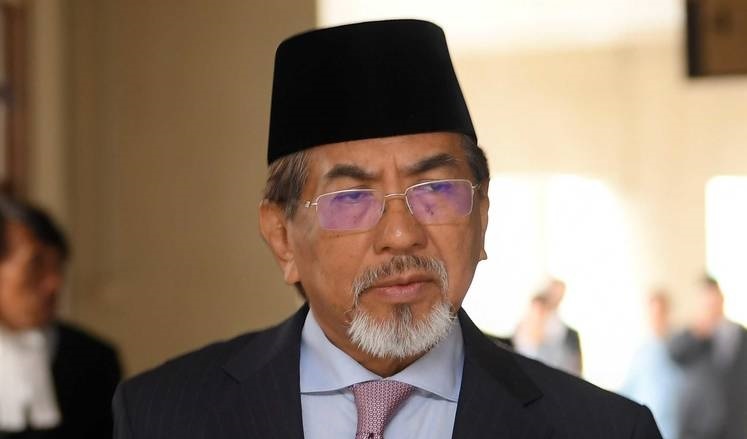 The proceedings today were supposed to be for case management, but defence lawyer Francis Ng Aik Guan told the court that the prosecution intended to make an application amid some "recent developments".

The judge then ordered for the accused to be discharged and acquitted of all 46 charges.

Subsequently, Ng told the court that Musa's striking out applications for the two cases were therefore dismissed, given that the prosecution had decided to drop its charges.

"We are happy. We feel that it is a fair and correct decision — long overdue," Ng said to the media, while walking out of the courtroom.

Lawyer Amer Hamzah Arshad highlighted the fact that his client was already cleared of these allegations in 2012 by two independent bodies, namely the Malaysian Anti-Corruption Commission and the Independent Commission Against Corruption of Hong Kong.

He said the revival of these charges against Musa was a mala fide prosecution and a political persecution, and had the trial gone forward with Musa succeeding against the charges made against him, the government would have faced a potential malicious prosecution civil suit from the former chief minister.

"The current AG being a former Court of Appeal, Federal Court judge has considered our [striking out] application and in his proper objective judgement has instructed the prosecution team today to inform the court they are withdrawing the entire charges against Tan Sri Musa Aman," he said.

Meanwhile, DPP Azhar only told the media that the prosecution was withdrawing all of the charges made against Musa and declined to comment further.

"You wait for the statement from the AGC later," he said.

Musa faced 30 charges of corruption and 16 charges of money laundering.

The corruption charges alleged that Musa in his capacity as Sabah chief minister and chairman of the Board of Trustees of the Sabah Foundation had received US$50.1 million from eight logging concessionaires as an inducement to approve logging concessions for 16 companies.

In reference to the money laundering charges, Musa allegedly instructed Richard Christopher Barnes, 67, to open an account at UBS AG Bank in the latter's name, with the intention of receiving proceeds of illegal activities through the account.

Musa was also alleged to have concealed the proceeds of illegal activities.

Looking for properties to buy or rent? With >150,000 exclusive listings, including undervalued properties, from vetted Pro Agents, you can now easily find the right property on Malaysia's leading property portal EdgeProp! You can also get free past transacted data and use our proprietary Edge Reference Price tool, to make an informed purchase.
Tan Sri Musa Aman High Court Charges Sabah
SHARE
Facebook Twitter