The one that unites the community Enveloped in lush greenery and luxurious landscaping, Desa ParkCity in Kepong, Kuala Lumpur stands out as an excellently-maintained community. Anchoring the verdancy in the heart of the township is a 13.19-acre central park with a 6.34-acre man-made lake.

Launched 18 years ago, the township was purposed to promote an inclusive community, where all residents enjoy a walking distance to the park through its network of roads and sidewalks.

Upon the completion of The Central Park in 2008, the master developer of the 473-acre township, ParkCity Holdings, decided to open it up to the public. It is the first park in Malaysia to have pet-friendly features such as pet waste dispensers.

The park has since been a great draw for denizens both from inside and outside the township, especially during the weekends, not just because it is free, but also because it is a pet-friendly public park, a rarity in KL. The decision to turn it into a pet-friendly park was to make it an inclusive park for all which everyone in the township and the surrounding community could enjoy.

Lying adjacent to The Waterfront commercial hub, the park is often teemed with families with children, joggers and people walking their pets. Indeed, more than 70% of park visitors today are non-residents. Besides being a place-making element that brings vibrancy into the township, The Central Park, together with the lake, also serves to create a new ecosystem and green environment to what was once a dead quarry site.

The park has won numerous landscaping awards, but at EdgeProp Malaysia’s Best Managed and Sustainable Property Awards 2020, the popular park was recognised for its excellent management and maintenance, bagging the Gold in the 10 years and above specialised category.

“Soft landscaping has always been at the forefront of Desa ParkCity’s focus. Ribbons of green buffers run along the roads, and parks and pockets of greenery cover a total area of more than 40 football fields. High quality topsoil and subsoil are also used at the site for tree planting in The Central Park,” ParkCity Group CEO Datuk Joseph Lau says.

In 2014, a softscape nursery was created within the township to cater to some immediate planting needs. Today, the nursery nurtures hundreds of shrubs to be transplanted not only to the park but also the entire township, to replace withered shrubs. The dedication and passion in maintaining a free public park and the nursery set-up have gained the notice of authorities such as KL City Hall, Petaling Jaya City Council and Shah Alam City Council, which have visited Desa ParkCity for field studies.

“We constantly look at areas to be upgraded. For example, we have enhanced the swale and added new plants last year. We have also installed a new automatic irrigation system which helps to reduce manual labour and meet watering needs accurately. A filtration system has also been introduced to ensure better water quality before it returns into the swale,” Lau elaborates.

The management has also recently begun composting. With more than 20% of Desa ParkCity’s land dedicated to parks and vegetation, there is an abundance of dried leaves and branches to be swept away daily. These materials are collected for composting. Among the many plans the management has in store for the park, Lau adds: “We are changing the plant species as we find better alternatives to existing ones. In the near future, we may look at solar lights for the park.”

It is not possible to keep a public park well maintained and be a precious asset to its community without a dedicated and passionate team to manage the facility.

The Central Park is run by ParkCity’s in-house landscape, property management and township maintenance department. The management of The Central Park and other pocket parks in Desa ParkCity comes under the Parks, Landscape and Public Works Division, which is responsible for infrastructure maintenance including the stormwater drainage system, lakes, cleanliness of the roads, public furniture, and all open spaces. The annual costs and expenses of the Division are around RM3 million, reveals Lau.

He adds that The Central Park was crafted for all walks of life and communities and by managing them in-house, The Central Park and lake can give priority to shared activity and community engagement regardless of race, creed or colour such as fun and meaningful events that promote sportsmanship, volunteerism, community responsibility and creativity.

“Desa ParkCity is now characterised by a strong sense of community. Community events and activities are held throughout the year to keep residents active and engaged in social causes. Amenities like The Central Park, The ParkCity Club, and The Sports Centre are spaces designed for meaningful public life, as well as an attractive draw for prospective homeowners,” Lau shares. The management and upkeep of The Central Park are done without the involvement of KL City Hall. This independence allows the management to deliver high quality facilities and services consistently and appropriately.

This consistency in architecture, maintenance and community standards, offers Lau, has helped preserve and boost the township’s property value as the parks indirectly contribute to the handsome capital appreciation of the properties in the township while enhancing its reputation as the most liveable community in KL.

“The premium we are able to command allows us to plough some of the profit to sustain and maintain The Central Park. We have become indisputably the best place to stay in and the most investor-attractive community in KL,” declares Lau. However, once Desa ParkCity has been fully developed, the developer is obligated to handover the maintenance of the various infrastructure and public amenities to KL City Hall pursuant to local regulations. “By then, we are confident that due to the strong foundation that we have put in place, the maintenance of The Central Park will be manageable,” he says.

Looking for properties to buy or rent? With >150,000 exclusive listings, including undervalued properties, from vetted Pro Agents, you can now easily find the right property on Malaysia's leading property portal EdgeProp! You can also get free past transacted data and use our proprietary Edge Reference Price tool, to make an informed purchase.
Myedgeprop BMSPA2020 Sustainableproperty The Central Park Desa ParkCity Kepong
SHARE
Facebook Twitter 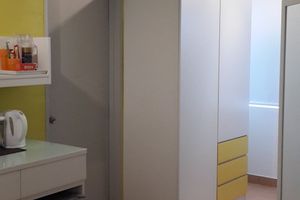 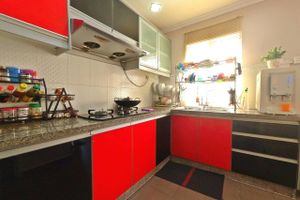 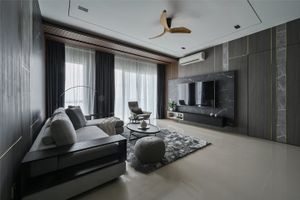