KUALA LUMPUR (July 11): The Ministry of Health (MoH) reported eight new Covid-19 cases and one fatality in the country as at noon today.

This raised the total number of infected individuals to 8,704, while total deaths stood at 122 or 1.4% of all cases.

The new death marked the first reported in Malaysia after 26 consecutive days without Covid-19-related deaths.

Of the new cases, four were imported, all of which involved Malaysians, while the remaining four were local transmissions involving two Malaysians and two foreigners, health director-general Datuk Dr Noor Hisham Abdullah said in a statement today.

The deceased was a 72-year-old man who had diabetes and high blood pressure, and had suffered from severe acute respiratory infection (SARI).

He was admitted to a private hospital for treatment on Thursday and was immediately transferred to the Sarawak General Hospital on suspicion that he had contracted Covid-19.

He tested positive for the disease and entered intensive care when his condition worsened, passing away at 5.49pm yesterday.

Meanwhile, two individuals were tested positive after retesting for the virus that causes the disease at the immigration detention depot (DTI) in Sepang before they were due to be deported.

"There are three positive Covid-19 cases who are being treated in the intensive care unit (ICU), in which two of the cases require breathing assistance,” Noor Hisham said.

Meanwhile, four more patients had recovered and were allowed to be discharged from hospital today, bringing total recoveries to 8,515 (97.8% of all cases). 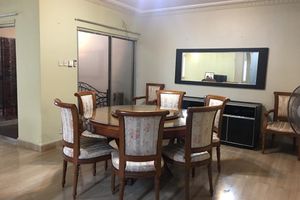