In a Facebook statement, Wee said the accusations by Syarikat Dhaya Maju-LTAT Sdn Bhd (DM-LTAT) via a legal affidavit were baseless and the case was being politicised.

“The so-called revelations by [former transport minister] Anthony Loke were just some baseless accusations by DM-LTAT. After I received the affidavit, I immediately sought legal advice and was advised to clear my name through the legal process without announcing it to the public to prevent the case from being politicised,” he said.

Yesterday, Loke, who was debating the Budget 2021 Bill in Parliament, revealed that DM-LTAT chief executive officer (CEO) Datuk Mohamed Razeek Hussain Maricar, in an affidavit filed last month in the Kuala Lumpur High Court, said that Wee asked him to subcontract the project to a China-based firm.

“On or about [April 14, 2020], the plaintif had a meeting with the second defendant. In this meeting, the plaintiff was asked to subcontract the whole project to a 'China company'. After the plaintiff declined to do so, the meeting ended,” he claimed.

Wee, however, said in his post that he had already expected the company to go through politicians, and thus made a police report against the affidavit to strongly deny any “defamatory allegations” made by the company.

“Nevertheless, I had expected that the company would go through different channels, including politicians, to sensationalise the matter.

“Therefore, I informed the Cabinet on Nov 6 of this issue and that the officer, who was with me in the meeting with the company, had lodged a police report to strongly deny any defamatory allegations made by the company. My conscience is clear and I have nothing to be afraid of,” he said.

Yesterday, Loke also claimed that the government’s unsubstantiated termination of the contract with DM-LTAT would cause 8,512 workers to lose jobs, with adverse effects on 261 local suppliers and subcontractors, most of whom are bumiputera.

Wee slammed Loke's claims as unfounded, adding that he will address them in Parliament when he is fit as he is currently hospitalised.

“On the allegations that the termination of the project will affect bumiputera contractors and the interest of LTAT, I will personally address these baseless allegations in Parliament [upon my discharge from the hospital],” he said.

The Ayer Hitam Member of Parliament (MP) for Barisan Nasional (BN) also asked Loke if he had forgotten that it was him who informed the Cabinet in September 2018 that the KVDT2 project could cost less if it was done through an open tender — and that KTM Bhd had written to the Ministries of Transport and Finance to express its concerns about having DM-LTAT as the project contractor.

Wee said he will take legal action to clear his name if the allegations are repeated outside the strictures of Parliament by Loke.

“I challenge [Loke] to repeat his allegations/innuendoes outside Parliament that I terminated the letter of award to DM-LTAT for my own personal interest as I will surely take legal action to clear my name. As the former minister of transport, clearly [Loke] was aware of the discrepancies surrounding this project. I advise him to speak with his conscience and stop being a spokesperson for the company,” he said.

DM-LTAT filed a suit against the government in September to stop the Perikatan Nasional (PN) government from terminating the contract. The company claimed that the government had no legitimate basis to terminate the project, which is worth almost RM4.47 billion.

The KDVT2 rehabilitation job scope includes replacement of the existing 25-year-old tracks besides the electrification system and upgrades and maintenance. The project involves two KTM railway tracks — one from Salak South to Seremban and the other from a point between Kuala Lumpur Sentral and Angkasapuri to Port Klang.

To recap, DM-LTAT was first appointed the contractor for the KVDT2 project by the BN government in April 2018, shortly before the 14th general election (GE14). The original contract value was RM5.265 billion.

Months later, when Pakatan Harapan (PH) formed the government, the contract was terminated on the grounds that it was overpriced and awarded via direct negotiation.

However, the Cabinet then decided to reaward the contract back to the JV but at a lower value 10 months later in July 2019. The value of the contract was reduced to RM4.475 billion, 15% lower than the original RM5.26 billion.

A year later, the current government terminated the contract.

Wee said his ministry would reopen the tender for the KVDT2 project after the termination of the contract previously awarded to DM-LTAT.

He claimed that the contract was terminated after taking into consideration the results of an extensive study and investigations which found that the cost of the said project under DM-LTAT was overpriced — despite the PH government having already reduced the cost by 15%.

Wee quoted a study done by Ministry of Transport-assigned consultant Opus (a subsidiary of Khazanah Nasional Bhd), which concluded that the project's actual cost was RM3.4 billion based on DM-LTAT's original scope of work.

However, DM-LTAT claimed that the government had no reason to terminate the contract as it was unaware of the study. 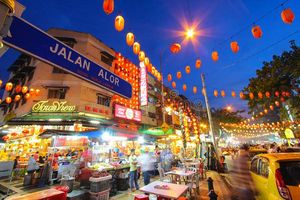