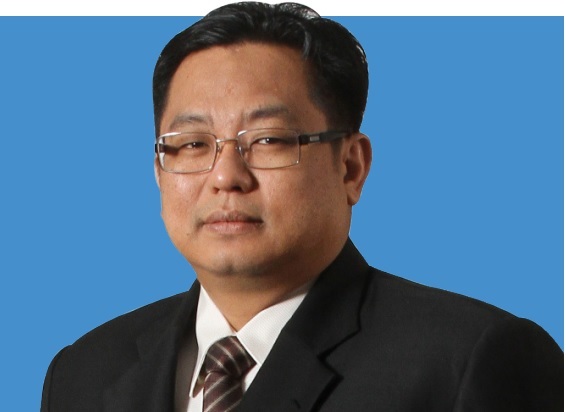 KUALA LUMPUR (Jan 28): The Federal Territories (FT) Land and Mines Office has postponed the objection date for the degazetting of a plot of land in the city reserved for public use, The Star reported today.

The office’s director Muhammad Yasir Yahya (pictured) told the daily that the government has agreed to a postponement owing to the current movement control order.

Muhammad Yasir also said that the original date of Jan 26 date was chosen by the Attorney General (AG) and not his department.

“We also accept the objections filed by those who came in on Tuesday.

“We are not cancelling the process but merely postponing it to another date in the future,” Muhammad Yasir explained.

In an earlier report by The Star this week, it was revealed that the government plans to degazette the plot named Lot 80835.

Located on the border of Kepong and Batu constituencies, the land owned by the FT Ministry had been gazetted as “land for public purpose” back on April 17,2015.

The notice on the proposed revocation was issued on Jan 11 in the Federal Government Gazette while the revocation will proceed if there are no objections from the public, reported the daily.

The plot will be degazetted for a proposed housing development.

Kepong MP Lim Lip Eng said in the earlier report that the authorities must give more information about why they plan to degazette the land.

“The mayor and the land office director must disclose who are the people benefitting from degazettement of the land as well as whether the land is being sold and at what price,” he said.

Lawyer and Petaling Jaya City councillor Derek Fernandez told the daily that there should “never be a revocation (by degazettement) of public open spaces in a compact and dense city, as there was already a gross shortage of such spaces in Kuala Lumpur”.

Looking for properties to buy or rent? With >150,000 exclusive listings, including undervalued properties, from vetted Pro Agents, you can now easily find the right property on Malaysia's leading property portal EdgeProp! You can also get free past transacted data and use our proprietary Edge Reference Price tool, to make an informed purchase.
Degazetting Federal Territories Land Mines
SHARE
Facebook Twitter