KUALA LUMPUR (May 10): Putrajaya stands to be the greatest beneficiary from the proposal put forth by Gamuda Bhd to have four tolled highways acquired by a highway trust for RM5.2 billion through monies raised from bond issuances, according to Kenanga Research.

In a research note today, Kenanga highlighted that by undertaking the proposal, the government gets to save on toll compensations worth RM5.3 billion over the toll concessions’ remaining tenures while also indirectly help Gamuda raise PFI (private funding initiative) equity to jump-start the intended Mass Rapid Transit 3 (MRT 3) project.

The Edge learned that under the proposal the toll hike will be waived by extending the tenures of four concessions, meaning road users will continue to pay the same amount for a longer period.

“This means less fiscal burden while stimulating the economy at the same time.

“We also think that this new proposal is better than the 2019 model proposed which required the government to be a guarantor and suggested a congestion charge model (i.e. 30% lower toll rates), which could be disruptive towards the traffic flow on competing highways/public transport.

“Hence, we have kept a target price (TP) of RM4.17 for Gamuda and maintain 'overweight' on the sector,” it said.

To recap, The Edge Malaysia weekly previously highlighted that Gamuda had put forward a proposal to the government to sell four of its highway concessions to a trust known as Amanah Lebuhraya Sdn Bhd.

This trust will fund the acquisitions by raising monies from bond investors with a promised annual return of 4% to 5% backed by cash flows from the tolls without any need for government guarantees.

Meanwhile, the research house added that the upfront cash obtained by Gamuda can be invested in new growth areas, while at the same time liberate them from policy, traffic and regulatory risks.

“Given the government’s recent intention to have more PFIs for public projects such as the MRT 3, we think such lump sum cash would be ideal for Gamuda to help jump-start this initiative — indirectly also benefitting the government by alleviating its cash flow burden for this megaproject. Should such sale go through, Gamuda’s net gearing position would improve to 0.06 times (from 0.28 times as of January 2021).

“The government would also save on RM5.3 billion of toll compensations (from the toll hike freeze) for the remaining concession period for the tolls. As for the businesses and citizens in Kuala Lumpur and Selangor, while they get to enjoy zero toll hikes, they will have to pay tolls for a longer tenure, hence we are only mildly positive from their perspective,” it highlighted.

Separately, CGS-CIMB Research viewed that the proposed plan will serve as an immediate benefit to Gamuda as the proceeds can be utilised to partly fund its 10-year Penang South Islands (PSI) plans.

“We retain an 'add' and RNAV-based TP of RM4.18 (a 10% discount). Upside risks include contract wins (for the MRT 3 and Australia tenders) and materialisation of the highway deal, while downside risks include project delays,” the local research house said.

At the time of writing today, shares in Gamuda were down by 0.29% or one sen at RM3.49, giving it a market capitalisation of RM8.8 billion.

Looking for properties to buy or rent? With >150,000 exclusive listings, including undervalued properties, from vetted Pro Agents, you can now easily find the right property on Malaysia's leading property portal EdgeProp! You can also get free past transacted data and use our proprietary Edge Reference Price tool, to make an informed purchase.
Gamuda Putrajaya. Kenanga Research Highway
SHARE
Facebook Twitter 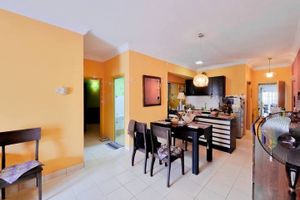 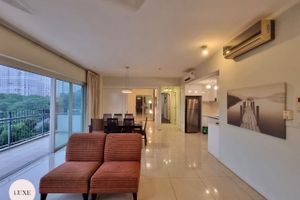