Higher sales and progress billings across key projects in the Klang Valley and the southern region, however, managed to lift its quarterly revenue by 68.5% year-on-year to RM240.53 million from RM142.73 million.

No dividend was declared this quarter.

In a separate statement, Tropicana attributed the higher sales and revenue in 1QFY21 to its current developments across its townships such as Tropicana Miyu condominiums in Petaling Jaya and Shoppes & Residences (South), a mixed development comprising retail lots, and serviced apartments in Tropicana Metropark, Subang Jaya. The group also saw good uptake for its Edelweiss SOFO and Serviced Residences, the fifth and final tower of its signature Tropicana Gardens development.

Its unbilled sales stood at RM1.1 billion as at March 31, 2021. Its total landbank was 2,144 acres, with a total potential gross development value of RM78 billion.

On prospects, although the industry remains challenging in the short term, the developer believes that there will still be demand for properties in prime locations in its established, matured and developing townships, with attractive pricing and innovative ownership packages and offerings.

"Therefore, the group will continue to focus on being market driven in its product offerings while continuing to unlock the value of its land bank in strategic locations across the Klang Valley, Genting Highlands and the southern region," said Tropicana.

Shares in Tropicana closed 1.11% or one sen lower at 89 sen yesterday, bringing it a market capitalisation of RM1.31 billion.

Looking for properties to buy or rent? With >150,000 exclusive listings, including undervalued properties, from vetted Pro Agents, you can now easily find the right property on Malaysia's leading property portal EdgeProp! You can also get free past transacted data and use our proprietary Edge Reference Price tool, to make an informed purchase.
Tropicana Sales Progress billings Key projects
SHARE
Facebook Twitter 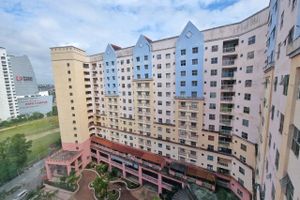