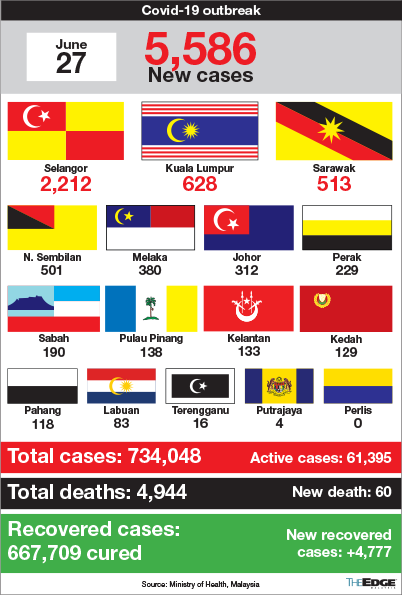 Selangor continued to report the highest number of infections, with 2,212 cases, followed by Kuala Lumpur with 628 cases, while Sarawak saw 513 cases.

In a statement, Dr Noor Hisham said of the new cases today, 5,583 were locally transmitted, while three were imported. 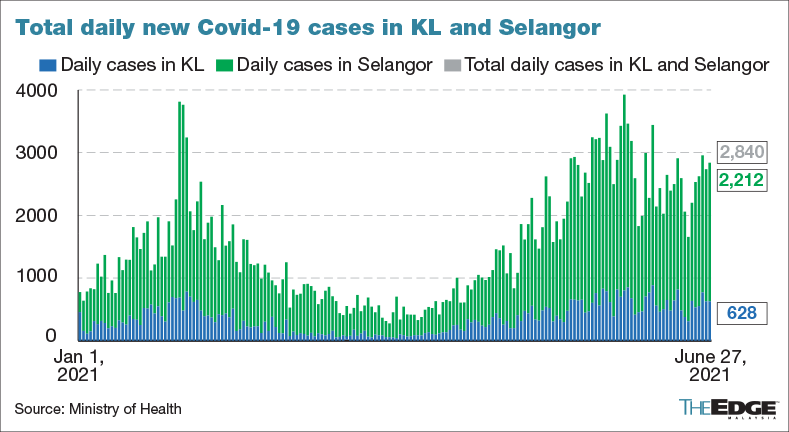 Among domestically-transmitted cases, 4,186 involved Malaysians, while 1,397 foreign nationals were infected.

In terms of imported cases, one was a Malaysian national, while two were foreign nationals.

The country saw the number of new infections exceed new recoveries today, which stood at 4,777. Cumulative recoveries rose to 667,709 or 91% of the total number of cases.

Of overall patients, 886 are being treated in intensive care units (ICUs), while 446 of them need respiratory assistance.

Meanwhile, 60 patients were reported to have succumbed to the disease today, down from 81 yesterday. This brings the pandemic's death toll to 4,944, signifying a mortality rate of 0.67%.

Fifty-two of the deceased were Malaysians, while eight were foreign citizens.

Twenty deaths were recorded in Selangor, 16 in Kuala Lumpur, six in Kelantan, five in Johor, four in Negeri Sembilan, three in Sarawak, two respectively in Melaka and Pahang, while one death each were reported in Kedah and Labuan. 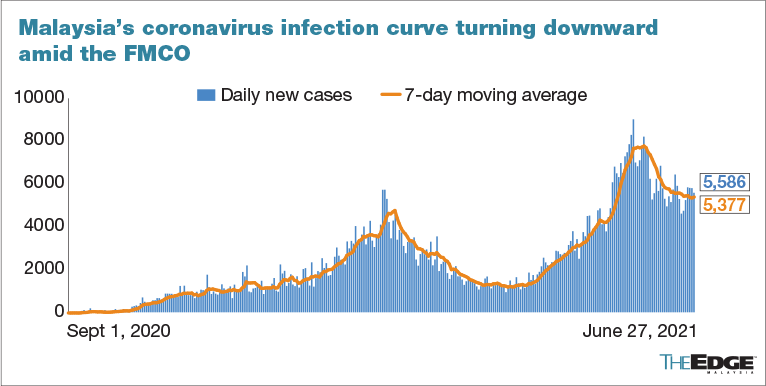 So far, 1,898 clusters have officially ended, while 874 active clusters remain.

Nine of today’s clusters were workplace clusters, while six were community clusters; the remaining two clusters were found at a detention centre and among a high-risk group.

Five clusters were located in Selangor, while four in Kuala Lumpur, followed by three in Sabah, two in Kelantan, and one each in Perak, Johor and Sarawak.